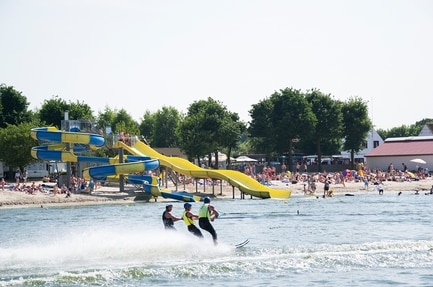 Camping Klein Strand is situated near Jabbeke, in the Belgian province of West-Flanders. The campground consists of two parts. There is a small area around...
7.2 from 28 reviews
Visit campsite website Book now

Camping Houtum is located in the Belgian Kempen, near Kasterlee. This medium sized campground is ideal for those seeking peace and quiet, hikers and nature...
8.7 from 67 reviews
Visit campsite website Book now

Close to the village of Poupehan, the Semois river meanders through a magnificent landscape of woodlands and forests. Camping site Le Prahay is the very...
8.5 from 140 reviews
Visit campsite website

Looking for a camping site amidst nature not too far from charming small towns? Then come to Camping site Worriken in the Belgian Ardennes. It...
7.9 from 17 reviews
Visit campsite website 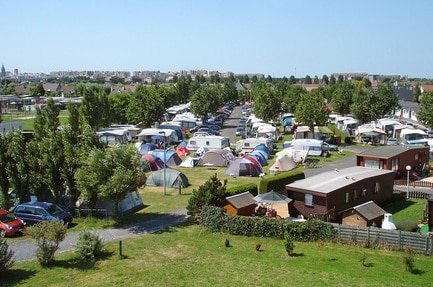 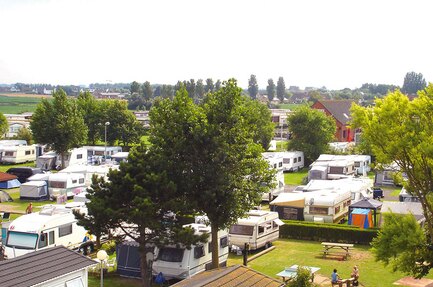 On the Belgian coast, on the outskirts of the renowned coastal resort of Blankenberge, you will find the well-maintained family camping site Bonanza 1. The...
8.3 from 23 reviews
Visit campsite website

This campsite is situated in south of the Belgian Ardennes, on the Semois River and near the village of Tintigny. You are here in the...
7.6 from 37 reviews
Visit campsite website Book now
Show all 139 campsites - Belgium

Many campers find in Belgium what they miss in their own country: a holiday in a relaxed mood, nature in the form of extensive centuries old woodland, the sloping hills of the Ardennes, lively towns, the ‘Burgundian’ style of Belgian cuisine and the mild-mannered nature of the people themselves. The ideal ingredients in other words for a carefree camping holiday in a rented static caravan or in your own tent or caravan.

Camp sites in Belgium: enjoy a touch of ‘Burgundian’ hospitality

Holiday destination Belgium comprises Dutch speaking Flanders, French speaking Wallonia and Brussels where both languages are spoken. English is widely understood in Brussels and most parts of Flanders

Camp sites in Belgium offer an excellent starting point for admiring the cultural wealth and history of the country, especially in towns such as Bruges, Ghent and Antwerp and numerous smaller places like Leuven, Ypres (rebuilt after WWI ) and Tongeren (Belgium’s oldest town). The capital Brussels is mostly famous for its Grande Place, the Manneken Pis and for being the home of many European institutions. But the 67 km of the North Sea coast with lovely wide beaches and resorts where you can camp, such as Blankenberge, Knokke and Ostend with their casinos and yacht harbours are also a source of pleasure. Flanders is so flat that it is perfect for those who want to set off from the camp site by bike.

The Belgians are the object of many jokes but when it comes to enjoying themselves there is a lot that most people could learn from them. Think of Liège waffles, pralines and (Trappist) beer. And you have to admit, a paper cone filled with Belgian ‘frites’ (chips) tastes much better on a Belgian camp site than the ones you are used to at home!