Natürlich Hell is a comfort camping site in the Tyrolean Zillertal. Both seekers of peace and quiet and active holiday makers feel right at home...
8.7 from 8 reviews
Visit campsite website Book now

Seencamping Stadlerhof is located on the Tyrolean Krummsee. From your spacious camping pitch or apartment, you can walk to the lake, the heated swimming pools...
8.1 from 18 reviews
Visit campsite website 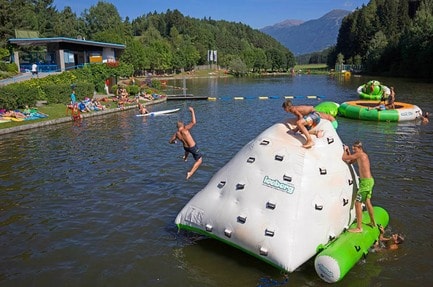 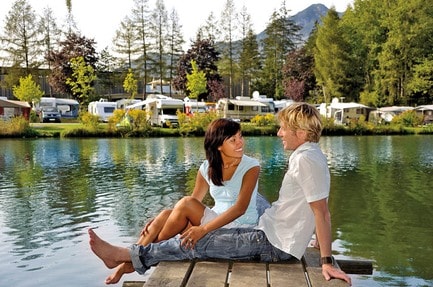 Close to the city of Innsbrück, still in the tranquillity of the countryside, lies this beautiful camping site with the most modern amenities. Ergo.. a...
8.1 from 38 reviews
Visit campsite website 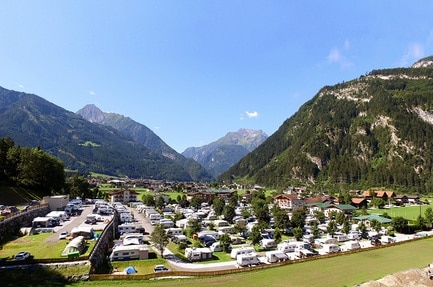 Green meadows, tinkling cowbells and high mountains; on camping site Mayrhofen you camp amidst a typical Tyrolean landscape. There is a special raised area where...
8.0 from 14 reviews
Visit campsite website 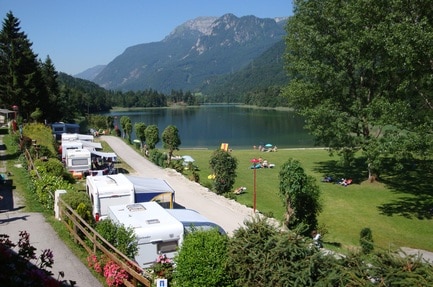 There is lots to do both in summer and winter on Camping Seehof and in the vicinity. Camping Seehof is beautifully situated on the Reintaler...
8.3 from 20 reviews
Visit campsite website
Show all 76 campsites - Tyrol

Would you like to know what other campers thought about this holiday destination? Then read their reviews about this region below. Tyrol

Fantastic. Surrounded by breathtaking scenery. Innsbruck is fascinating. Don't miss the Nordkette cable car. There's a free bus to the Swarovski World exhibition, which is interesting if a tad expensive.

Beautiful area and scenery. Site overlooks valley with airport so some aircraft noise but no issues. Fairly flat pitches on steep hill side but all with access to water and electric.

Austria in general and Tyrol in particular are known for their excellent wintersports area; Nauders, St Anton, Gerlos and of course many more. Even so you should experience the impressive nature of the mountain landscape from your camp site in Tyrol at least once during the summer. You can go on endless walks, go rafting or canoeing on the mountain rivers or try parasailing from the peaks during your holiday in Tyrol. The Hohe Tauern, Austria’s biggest natural park to name but one, is in demand by the more sportive nature lovers who go camping in Tyrol.

When you think of Austria you think of the Tyrol. The music, the countryside, the traditions and the national costume are all seen as being ‘typically Austrian’. The biggest town in the Tyrol, Innsbruck is known to many visitors as the entry into the Brenner Pass on the way to Italy, but it would be a real pity not to see old Innsbruck. The town that was once host to the Winter Olympics has a lovely centre with shops and restaurants under old colonnades. The town became prosperous thanks to the surrounding (but since closed) silver mines and is rich in old historic buildings.

The Alpenzoo is more contemporary and also easily reachable from camp sites in Tirol and you can take a small train into a fascinating silver mine at Schwaz. The landscape is different again in northern Tyrol; the idyllic low mountain ranges of Reutte blend into the green fairytale countryside of the Allgäu in southern Germany, the land of magical castles such as Neuschwanstein and Hohenschwangau. In the west are the beautiful Lechtal and Ötztal valleys, made famous by the discovery of the remains of the prehistoric mountain dweller 'ötzi'