Home » Camping info » New traffic fines in Germany: how much for caravans and motorhomes? »

New traffic fines in Germany: how much for caravans and motorhomes?

Since November 9 2021, Germany’s traffic fines are a lot more expensive. Speeding fines in particular are much more hefty. To avoid unpleasant surprises when travelling with your caravan or motorhome, here is an overview of the new amounts.

Compared to other countries in Europe, getting a speeding fine in Germany was, until now, not such a huge deal. The fines are much stiffer in France, Spain, and especially in Italy and the Netherlands. A law to change the traffic fines had already been passed in 2020, but it was invalidated due to a formal error. After about a year, the federal and state governments in Germany have now agreed on higher fines for speeding, illegal parking, and for not forming a so-called “Rettungsgasse” (emergency vehicle lane) during a traffic jam.

What fines do you get in Germany for:

Fines for cars and motorhomes weighing up to 3.5 tonnes 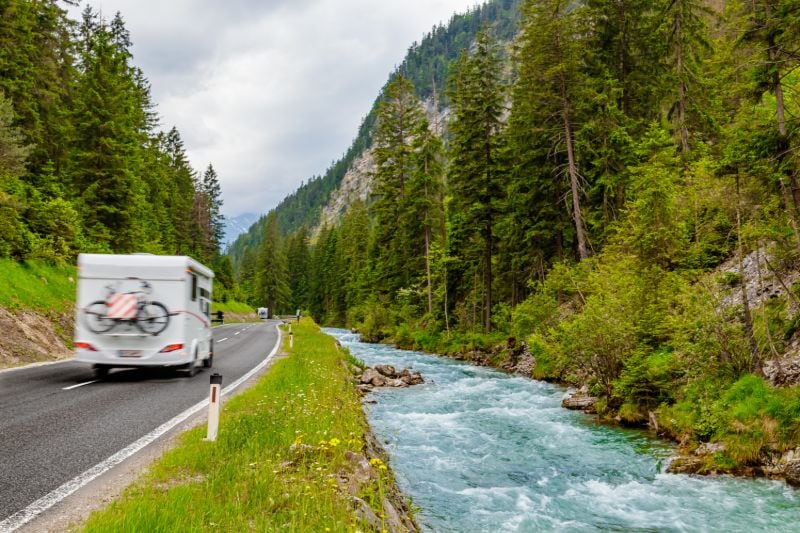 Motorhomes weighing up to 3.5 tonnes are generally allowed to drive at 100 km/h outside built-up areas.

For cars and motorhomes weighing up to 3.5 tonnes, fines for speeding are doubled. A speeding ticket can be a real buzzkill during your camping holiday, so pay close attention to the speed limits if you are camping in Germany or are passing through Germany on the way to your campsite. In the future, the following fines will be imposed for speeding:

*If the speeding violation occurs twice within a year.
Source: bussgeldkatalog.org
(in German)

Fines for cars with trailers/caravans Car-caravan combinations are generally allowed to drive at 100 km/h on country roads and motorways.

In future, the following fines will apply to speeding with a trailer or caravan, both in cities and outside them: 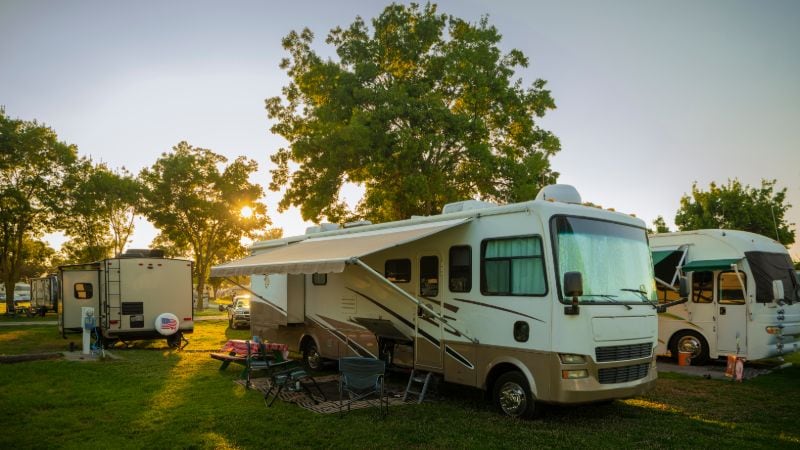 Motorhomes up to 3.5 tonnes gross vehicle weight are generally allowed to drive at 100 km/h outside built-up areas.

Germany sees motorhomes weighing more than 3.5 tonnes as trucks. This means you need a truck driving licence to drive these kinds of motorhomes. The fines for these motorhomes differ from those for off-road cars. In the future, the following fines will apply for speeding with a heavy campervan:

Attention: If your motorhome is classified as a truck in Germany and you do not drive at a walking pace when turning right in built-up areas, the fine will be 70 euros.

What about speeding tickets in other countries?

On Eurocampings.co.uk you will find not only more than 9700 campsites inspected by ACSI, you will also find information about various holiday destinations. If you are heading to France, for example, you can read useful tips for excursions on our website, and see how fast you can drive on which roads with your car, caravan or motorhome. A great help if you want to avoid a fine. You will also find important information about traffic regulations, speed limits, tolls and much more for your next camping destination. All our ACSI Guides include a handy overview of the traffic rules in each country, plus other important information.

Speed limits on motorways for caravans and motorhomes up to 3.5 tonnes and fines from 20 km/h 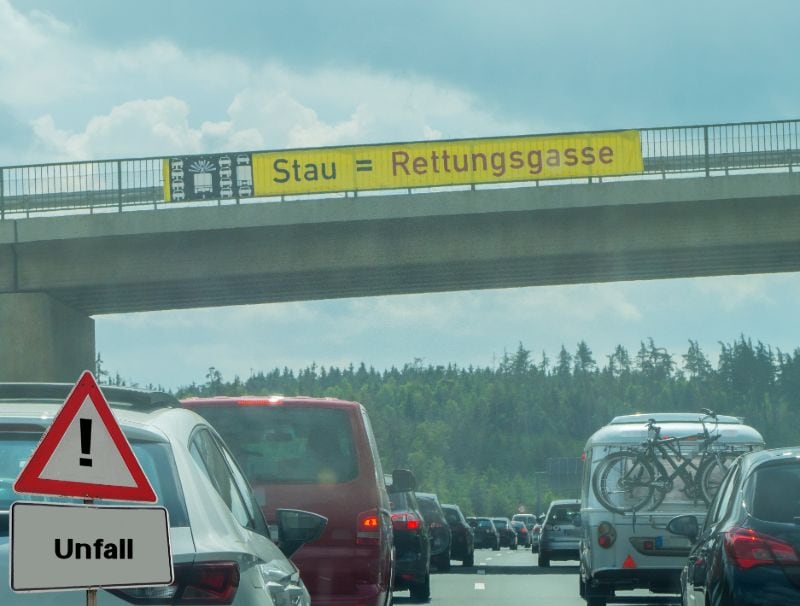 From November 2021, ignoring the emergency lane and obstructing emergency services will be more severely punished in Germany.

Those who do not form an emergency lane, those who use it, obstruct emergency services, endanger others, or cause an accident as a result of these actions can expect to be fined 240 to 320 euros, receive two penalty points and be banned from driving for a month.

With the new list of fines, illegal parking will also be punished more severely.

The new list of fines is also designed to better protect pedestrians and cyclists:

So many countries, so many rules. We are always happy to provide you with useful and reliable information. We also recommend our articles on winter tyres in Germany, and motorhome regulations in France.