The Croatian port city of Rijeka is set to be the European Capital of Culture 2020. Until recently, the city was relatively unknown amongst tourists, despite being Croatia’s third largest. But in 2020, things are set to change, and quite rightly so! From picturesque seaside villas to industrial charm in the port area, the city is as diverse as a camping holiday in Croatia. We’d like to introduce you to this exciting port city and share some tips for your visit to the European Capital of Culture 2020.

Rijeka – a diverse Capital of Culture

Thanks to its fantastic location, Rijeka is already a city worth visiting. Located on the Adriatic Sea, it offers spectacular views of Kvarner Bay and is bounded inland by the Učka mountains. It is known as one of the most liberal cities in Croatia and large numbers of artists and students, who inject young, free energy into the city. At the same time, Rijeka is also an industrial hub thanks to its large sea port. This, in combination with the city’s lengthy history and the influence of different cultures, and Rijeka is well deserving of its title ‘Capital of Culture’. Rijeka, Port of Diversity. 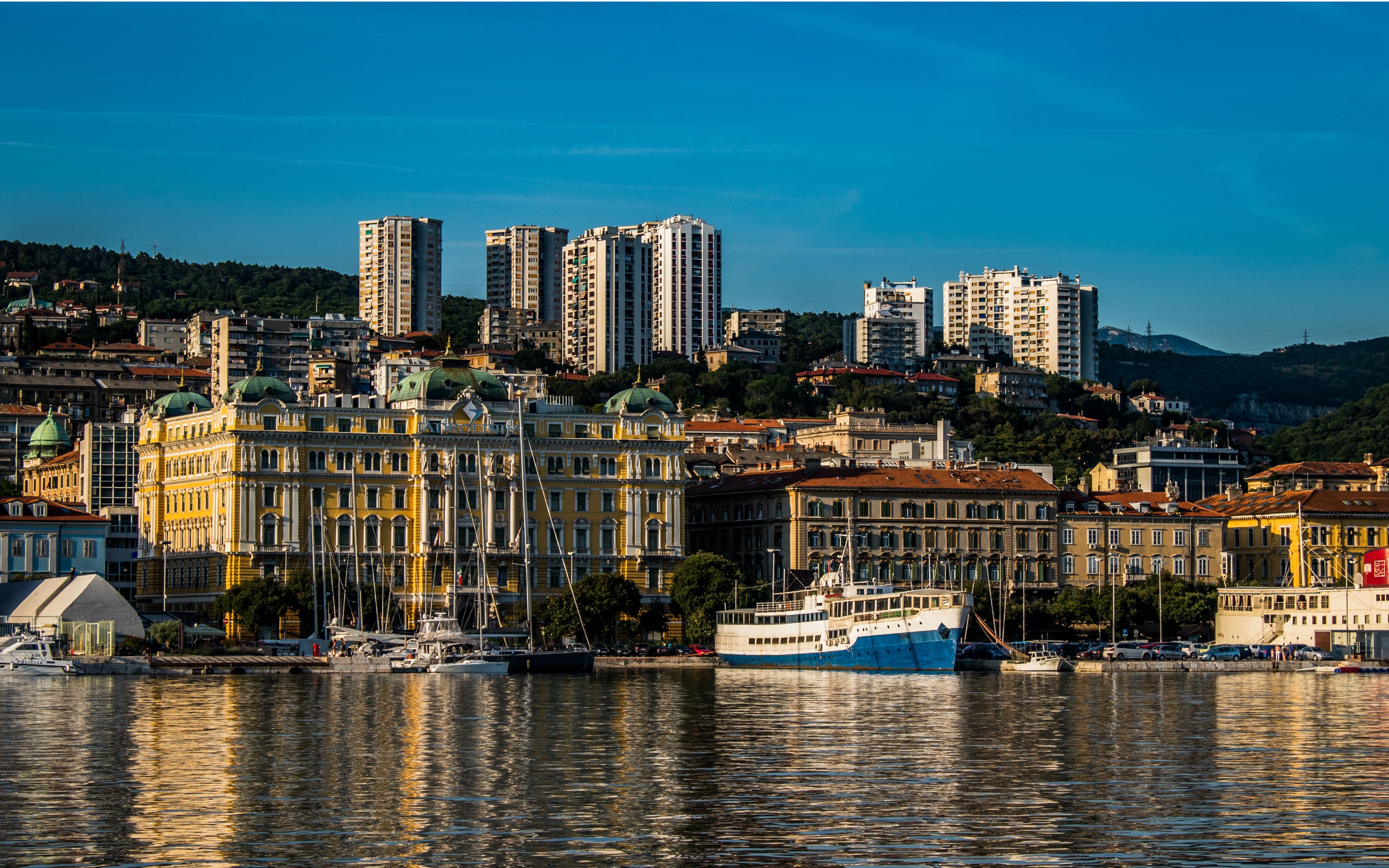 The slogan of the European Capital of Culture is ‘Port of Diversity’, a sentiment that is reflected in the cityscape.

Sights in Rijeka: Highlights of the European Capital of Culture

The city has unsurprisingly decked itself out for 2020, and opened a variety of special attractions for visitors. These include old factory and warehouse buildings in the Benčić district, which have been rebuilt and renovated – one of which houses the Museum of Modern and Contemporary Art. Another highlight is the yacht ‘Galeb’, formerly inhabited by Tito, the former president of Yugoslavia, and now open to visitors. The newly renovated Exportdrvo warehouse will be hosting a range of exhibitions, concerts and events over the year. You should keep an eye on the Calendar of events for details of all attractions and events in the Capital of Culture’s three main themes – migration, labour and water. 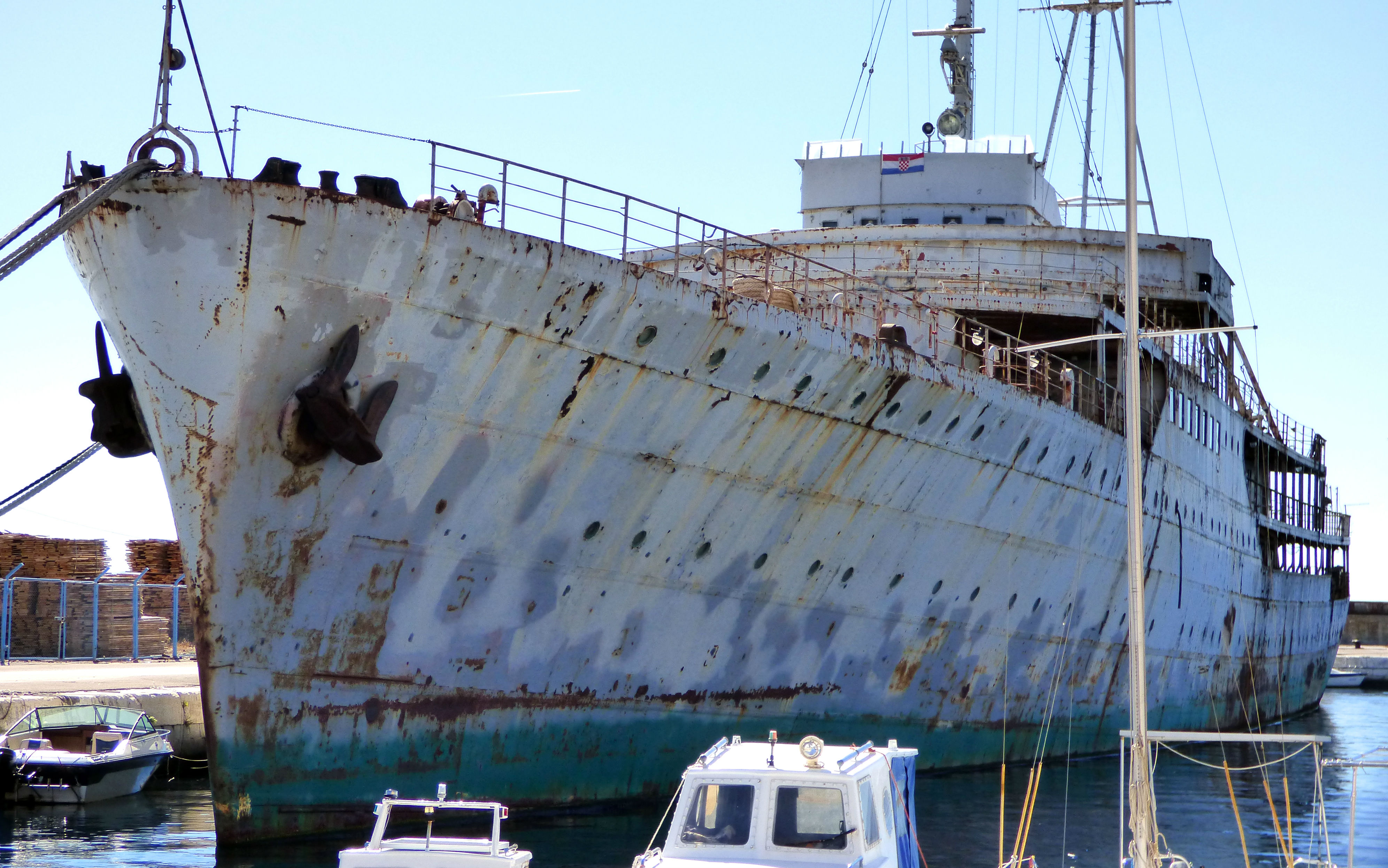 The yacht once occupied by the former President Tito was once a rusting shell. Today, it is open to visitors.

A day trip to Rijeka

Rijeka has a great deal to offer anyone. As part of the European Capital of Culture 2020 project, the city has opened the Children’s House in an old brick house, once used to process tobacco. The Children’s House will be hosting a range of events and workshops on music, film, computer games and theatre, all of which are of particular interest to children.

A real adventure is the zip line from Trsat Castle to an old warehouse in the port. Hover over the city and experience a little of what it’s like to fly like a bird! Then, finish off your day with an evening meal at one of the taverns, enjoying the cosy atmosphere in traditional Croatian style while you sample specialities such as Surlice or Pljukanci. 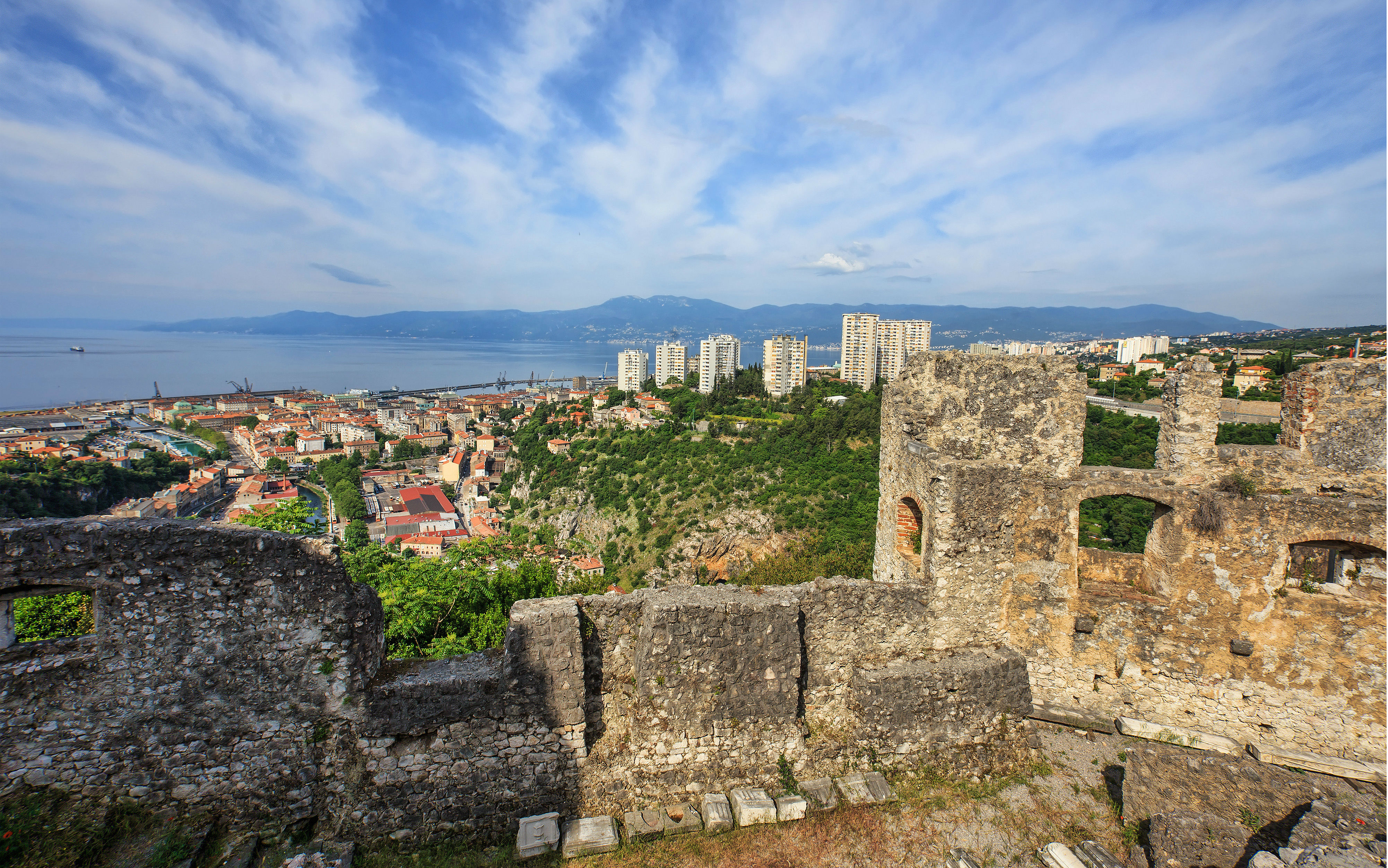 You can enjoy fantastic views of Rijeka and Kvarner Bay from Trsat Castle, especially if you choose to take the zip line!

The must-sees on a trip to Rijeka

Part of the city is located on Trsat Mountain. From there, you not only get the best panoramas of the city and the sea, but also easy access to Trsat Castle. It’s also home to open-air events in the summer months, including Summer at Gradina, a festival of dance, music and art that takes place between June and September every year. You can also enjoy exhibitions throughout the year, and explore the castle. The abandoned warehouses in the industrial area have a particular charm and Hollywood movie makers, who are particularly found of Croatia as a filming location, used them in their 2017 production of Stephen King’s ‘The Dark Tower’. 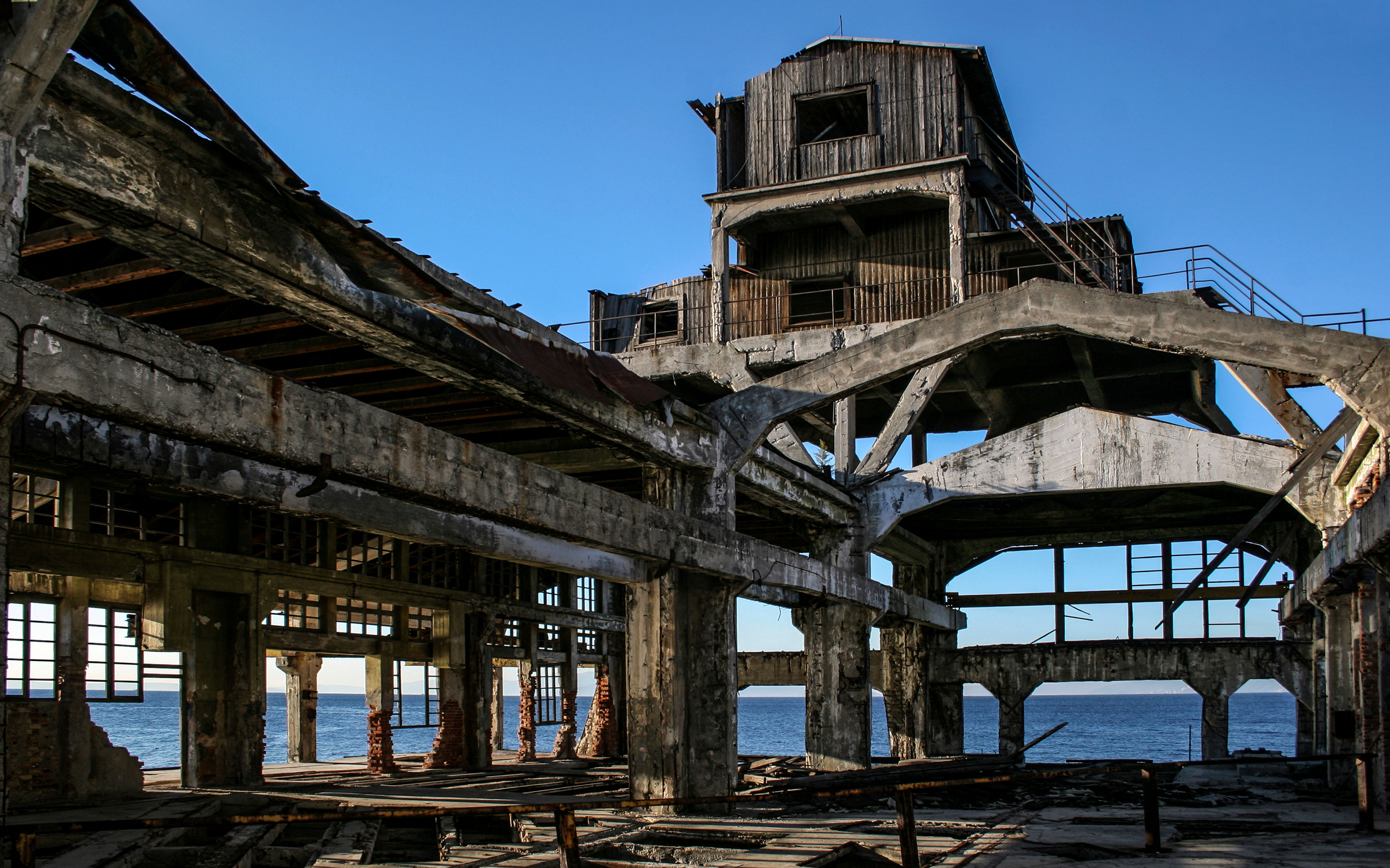 Many old buildings have been renovated. Others, such as this old torpedo launch pad, have been preserved and even used as a film set.

A visit to Rijeka would not be complete without a trip to Korzo, the popular shopping street and pedestrian area. Stroll through the shops behind the colourful façades or enjoy one of the cosy cafés and just watch the world go by. It’s a place for locals and tourists to meet, and a real cultural experience. Korzo is also home to the City Tower, the symbol of Rijeka. You can also explore St Vitus Cathedral, named after the patron saint of the city, stroll along the 1.7 km quayside, the Molo Longo, or check out the underground tunnels, a remnant of the Second World War, which are freely accessible today and are often used as a venue for parties.

The city’s symbol is the City Tower with impressive clock tower, which is located in the Korzo pedestrian area.

The lengthy history of the Capital of Culture

Rijeka has a long and fascinating history. Even the Romans recognised the city’s favourable position. Some remnants of that time, including an archway and part of the old city walls, can still be explored today. Later, the city was part of the Hapsburg Empire, and was dominated by France and Italy in between. There are also many opulent buildings along the coast remaining from the Imperial Era. In addition, socialism has left its mark in the form of prefabricated buildings around the city’s peripheries, plus industrial warehouses and buildings around the port – many of which are vacant. It is this unique mix of architecture that makes a visit to the city so worthwhile.

Bathing fun on the dreamlike beaches of Rijeka 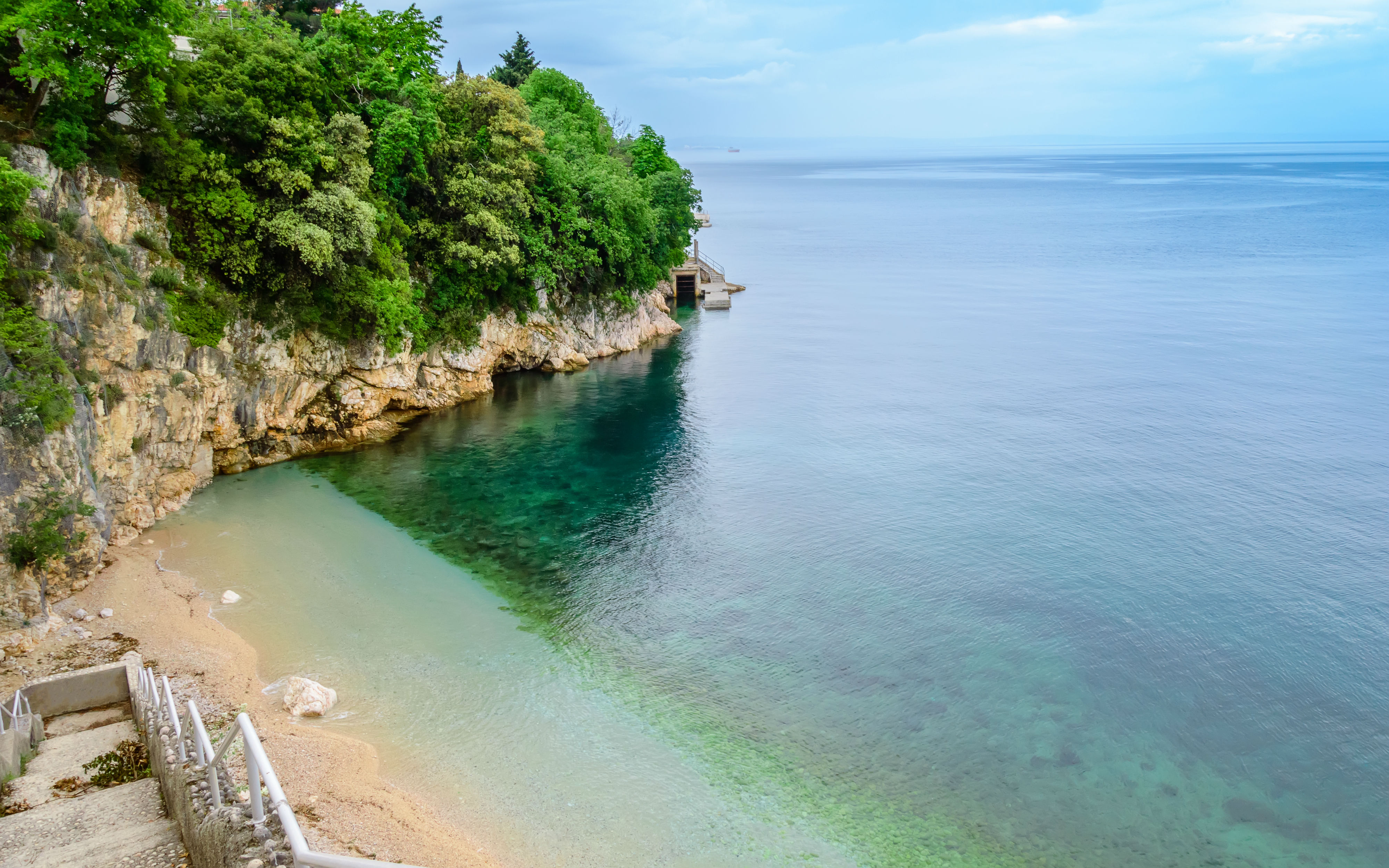 Sablicevo beach is easily reached from the centre of the city, and idyllically situated in a bay.

A camping holiday to Croatia would not be complete without bathing in the Adriatic Sea. Rijeka is peppered with beaches, ideal for sunbathing and swimming and perfect for cooling off after a day exploring the city. Especially beautiful are the idyllic Sablicevo Bay, which is just a few minutes to the east of the city centre, and Ploče Beach, which has been awarded the coveted blue flag for its exceptional water quality and cleanliness. Ploče Beach is even connected to a swimming pool complex – perfect for a day of fun in the water!

The best campsites around Rijeka

Campsites around Rijeka can be found either on the Istria peninsula or one of the many delightful islands in Kvarner Bay. The European Capital of Culture 2020 is easily accessible wherever you choose, and you can travel to the port in Rijeka either by car or by boat.

How does a city become the Capital of Culture? 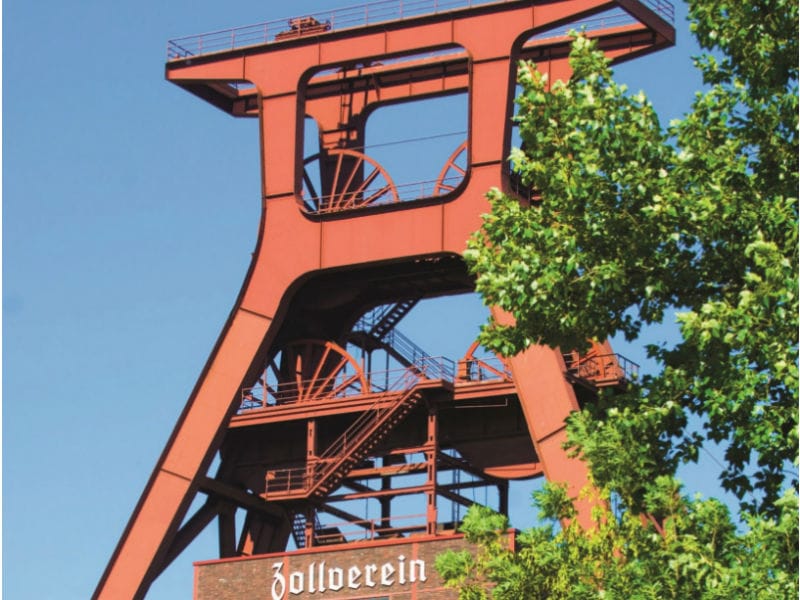 In 2010, German city Essen joined the Ruhrgebiet area as European Capital of Culture.

Germany last had a European Capital of Culture in 2010 – Essen together with the Ruhrgebiet area. Other German cities to have been awarded this lucky status are Weimar, in 1999, and West Berlin, back in 1988. The next time a German city will act as European Capital of Culture will be 2025, with five candidates still in the race – Magdeburg, Hanover, Hildesheim, Chemnitz and Nuremberg.

Have you ever been to Rijeka? If so, please share your tips with us! Or, if you have experiences of other European Capitals of Culture, please leave us a comment!