10 destinations with a remarkable history (part 2)

Two weeks ago, we looked at 5 destinations in France, Croatia, Germany, Italy and Austria with a remarkable history. In part 2, we will look at historical destinations in four new countries, plus a second stop in Germany. Be inspired for your next camping holiday!

Belgian Limburg, the Flemish province bordering the Netherlands, is former mining country. The mines stopped their excavation of coal and stone some 20 years ago, and today, numerous interesting projects have sprung up in and around these silent witnesses of a once interesting industrial area.

The area of Winterslag in Genk is home to a vast array of cultural, creative and culinary delights under the name C-Mine. The most recent addition is the C-Mine expedition, a course through a large-scale innovation centre where visitors can experience the excitement of mining then and now up close. It’s real stimulation for the senses!

This famous castle in the very south of Germany will remind many of Disneyland. And that’s not such a strange thought considering that Walt Disney himself visited Neuschwanstein before ordering construction of the eponymous theme park. The surroundings of the castle, the snow-capped mountains, forested hills and clear lakes in the valleys all make for a fairytale-like atmosphere.

You can park your car at the foot of the mountain and trek up the slope by carriage or on foot, depending on how active you want to be. Once at the castle, you can walk further to get a glimpse of Neuschwanstein from every possible angle. Once inside, you will be stunned be the grandeur. Keep in mind that the castle was built for just one inhabitant, King Ludwig II, who due to an untimely death, only managed to enjoy the castle for six months. 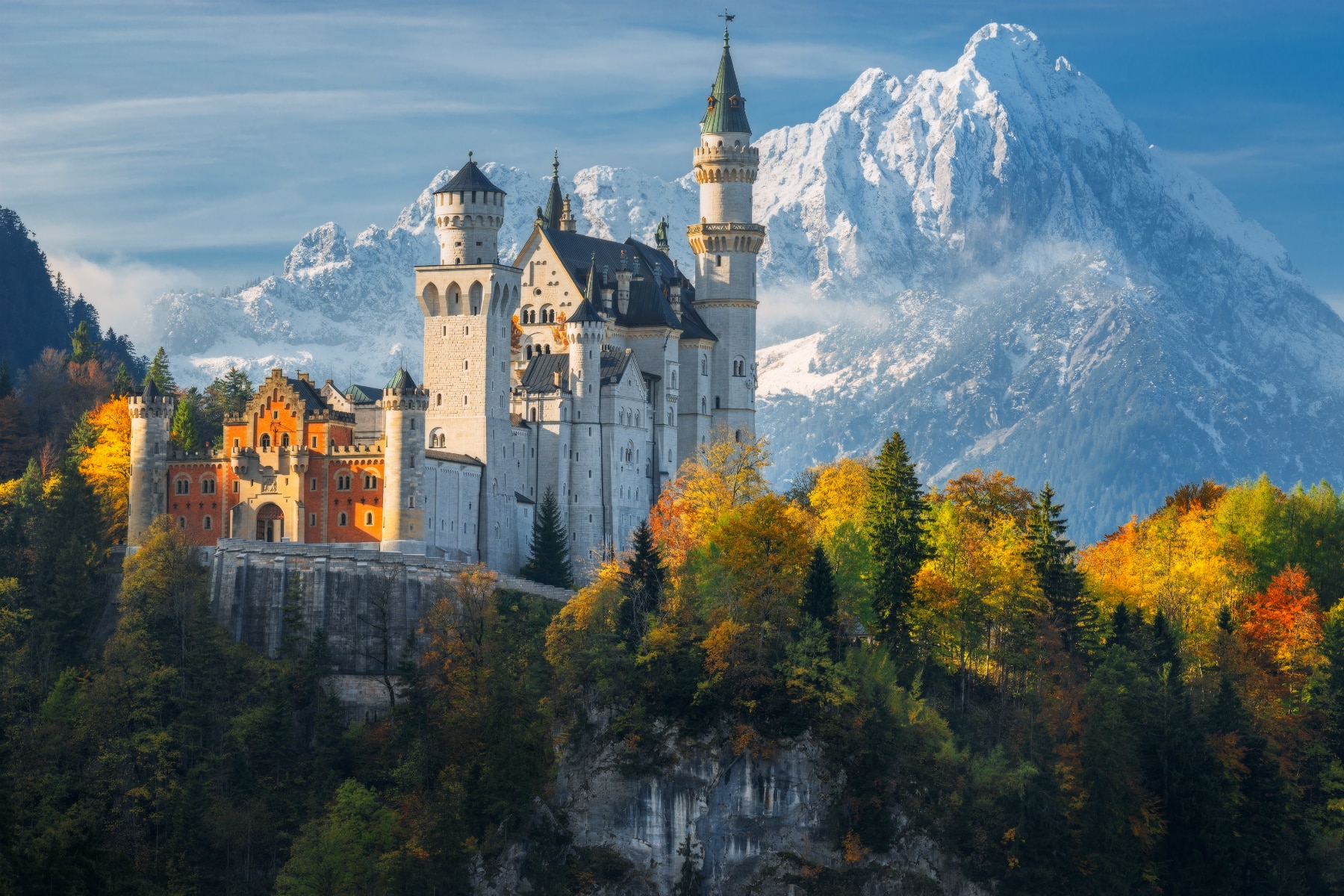 Campsite nearby: Via Claudia.

Located an hour to the north west of Barcelona on the mountain of Montserrat is the pilgrimage site of the same name. The famous Benedictine abbey is located at an altitude of 700 metres. Pilgrims visit in great numbers to see the black image of the Virgin of Montserrat, a virgin said to have worked miracles. For those who aren’t religious, a trip to the mystical Montserrat is highly recommended.

It offers fantastic views over the surrounding nature reserve and for those who enjoy being active, it’s great for hiking and climbing. At the foot of the mountain is the historical village of Monistrol de Montserrat, which is brimming with fine restaurants and terraces. It is easily and cheaply accessed by train from Barcelona, you can then walk the 2 hours to the top, or hop on a bus. Even more exciting is the Montserrat Rack Railway or cable car. 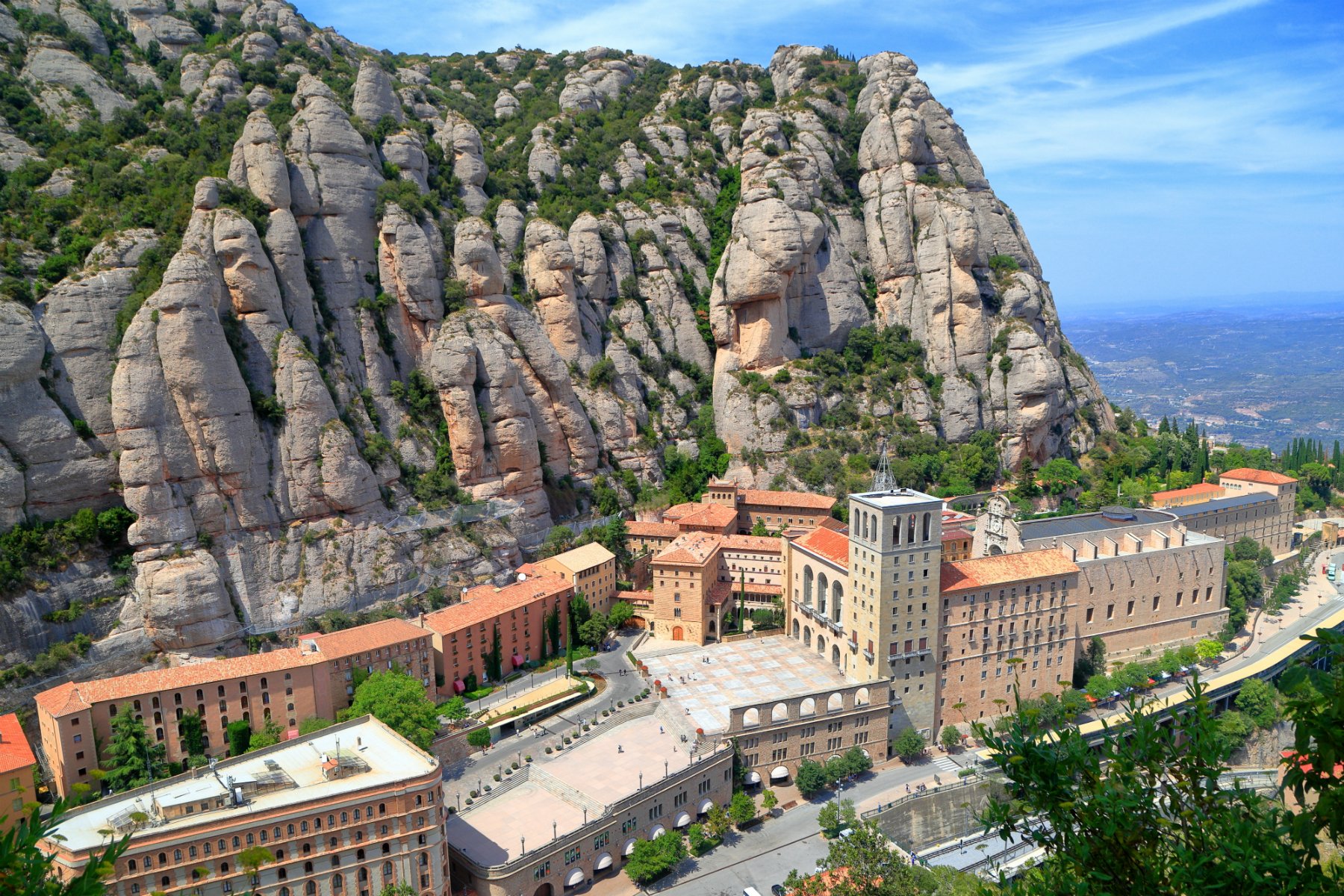 The Czech capital Prague is adorned with beautiful squares flanked by interesting buildings and architecture. The Old Town Square at the heart of the city is home to what many consider the architectural highlight of Prague, the astronomical clock. This impressive golden clock has been keeping time since the early 15th century.

The story has it that once he had finished the clock, the clock maker was blinded by the local police so that he couldn’t go on to build another like it anywhere in the world. Whether or not the story is true, it’s fantastic to see, and hear! You can hear the clock strike every hour between 9 in the morning and 9 in the evening. The moving parts of the clock, which include two apostles, Christ and a skeleton of the dead, make it something of a spectacle.

Let’s finish the list in the Netherlands, where there’s plenty to see and do, especially when it comes to culture. Castle lovers should not miss a trip to southern Limburg, which is home to Hoensbroek Castle, (website only available in Dutch and German), an impressive example of mediaeval architecture. Parts have been added through the centuries, making it one of the largest castles in the Netherlands today.

Adults and children will find lots to discover, including quests designed to help you learn about the history and inhabitants of the castle, including knights, musketeers, counts and princesses. There are also workshops in which you can learn fencing, archery and perfume making. And if you’re brave enough, why not climb the mediaeval towers or go in search of the hidden rooms and dark dungeons? Have you been to any of these destinations? Or do you know of other destinations with a sensational or controversial history that you think other campers might be interested in? We’d be delighted to hear from you.