14 July is a national holiday in France. The entire country celebrates on ‘Fourteen July’. Festive activities are organised throughout the country. Paris is the centre of all activities, with a military parade on the Champs-Élysées and fireworks by the Eiffel Tower. But there are 14 July activities like fireworks in the rest of the country as well. Here is an overview of the 14 July activities in 2022 in the major French cities.

What is celebrated on 14 July in France? 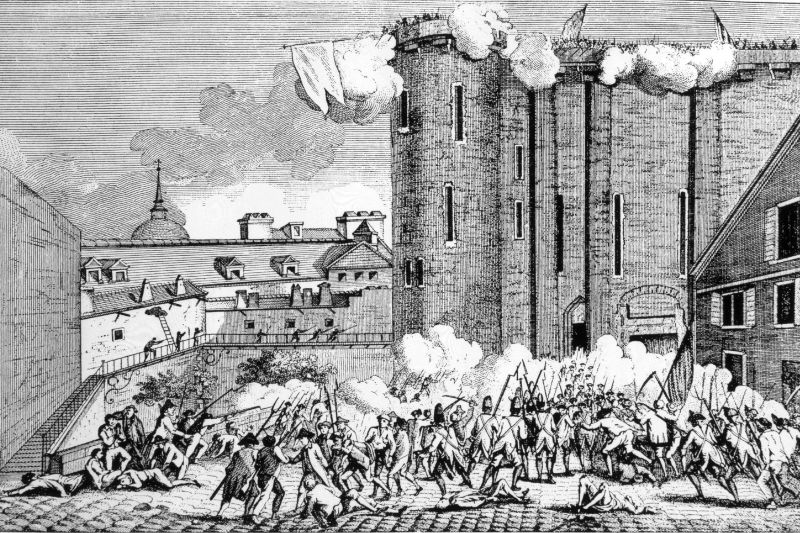 On 14 July, Paris is the centre of the activities. Every year, there is a military parade on the Champs-Élysées. Military airplanes fly over the wide avenue, followed by army vehicles, horses and marching soldiers. The parade leaves Place Charles de Gaulle, heading towards Place de la Concorde, which is where the president of France and other important French people are seated on the tribune. The military parade begins at 10.30 and is broadcast on French television every year.

In the evening, a huge fireworks show is given on the Eiffel Tower. The fireworks begin at 23.00, but we recommend getting there early. A live concert starts at 21.00 on the Champ-de-Mars.

Dancing in the fire station

Many fire stations host parties on the nights of 13 to 14 July and 14 to 15 July. For two nights of each year, they are transformed into a party location during the bal des pompiers (fire brigade ball). The fire station is still fully operational during the party. Access to the parties differs per location. Some fire stations charge a fee for entry while others are free of charge but ask for donations.

Campsites in the area of Paris 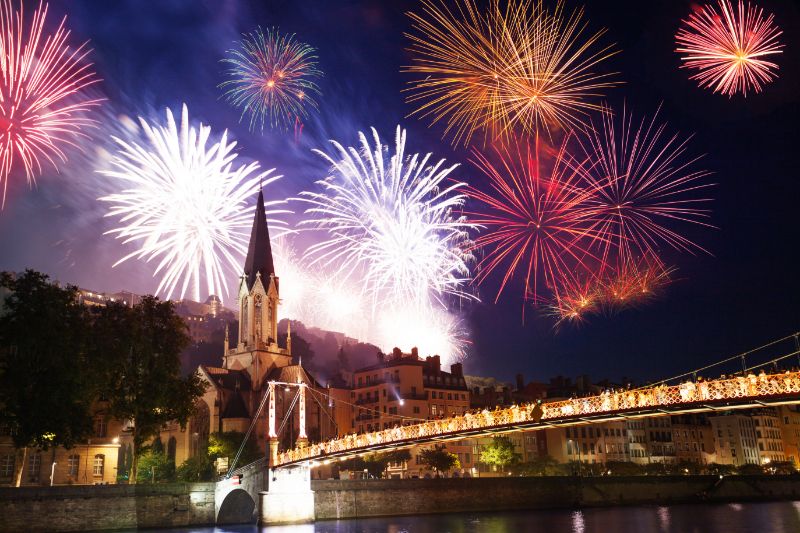 Fireworks above the Saône river in Lyon

Many French cities organise a military parade for 14 July. This is also the case in Lyon. The military parade begins at 11:30 at Place Bellecour. At 21.00 the dance party begins on the quay between the Bonaparte and Maréchal Juin bridges. The fireworks begin later in the evening on la Colline de Fouvière (Fouvière Hill). There are also fire stations where you can party at night.

There is plenty to do in Toulouse on 14 July 2022. The day begins with a traditional military parade through the city. In the evening, there are two major events in the city. Each year, NRJ Radio organises a large concert. Popular French artists perform for free in the Prairie des Filtres park. The opener starts at 18:30 and the show is at 20:30. At 22:30, there are fireworks to enjoy in the city. This year’s theme is space and the stars. The fireworks are set off from 24 rafts floating on the Garonne river.

Strasbourg, located in eastern France, organises a bal populaire (dance party) on 14 July. The party is at Place de Bourse from 20:00 to 23:30. The bal des pompiers (fire brigade ball) at the fire station is held on 13 and 14 July. The fireworks in Strasbourg are set off in Parc de l’Etoile at 22:30. The shows takes about 20 minutes. 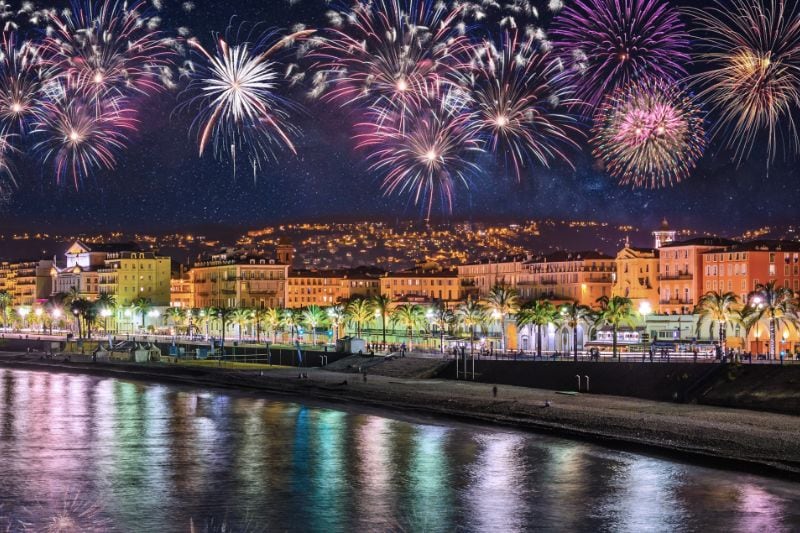 Fireworks in Nice on 14 July

The official programme for 14 July in Nice has not yet been confirmed. A memorial ceremony is being organised for the victims of the attack in 2016, which is why it is not yet clear if the fireworks show will be held. Many activities are being organised, but it is expected that emotions will run high.

In Montpellier, activities related to the national holiday are being organised on 13 and 14 July. On 13 July, there is the military parade on the Place de la Comédie. The parade begins at 18:30. Children are invited to join a torchlight procession, which goes from l’Esplanade Charles de Gaulle to la promenade du Peyrou. The torchlight procession begins at 20:30.

There are many things to do in Bordeaux during the day. There are workshops, photo exhibitions, a fox hunt and much more. Between 19:00 and 22:00, a ‘picnic’ will be organised at the Pont de Pierre.  There will be food trucks along the right quay of the Garonne river.
The fireworks show above the Garonne starts at 22:25, is accompanied by music, and lasts about 20 minutes. 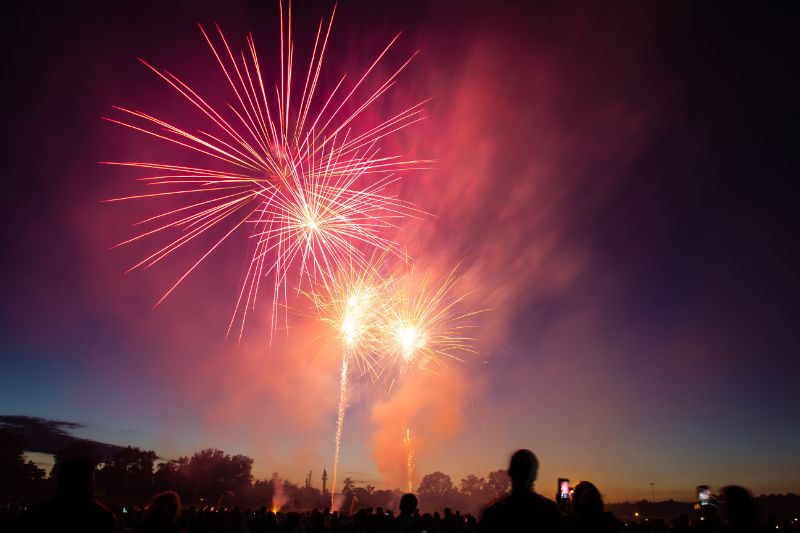 Fireworks in Lille on 14 July

The party in Lille starts on 13 July already. The dancing at Place Vanhoenacker starts at 20:00. On 14 July, the military parade on the Boulevard de la Liberté starts at 11:00. At 14:00, there is a folk ball in the Lille Aventure Nature holiday park. A concert starts at 16:00 at the Saint Sauveur station. The fireworks show in Lille begins at 23.00 on the Camp de Mars.

What is there to do at your campsite?

Generally, campsites are not allowed to set off fireworks. In France, fireworks shows are organised by municipalities. The campsite very likely has information about fireworks shows and other 14 July activities in the area. If you would you like to celebrate the French holiday during your holiday in France, ask at the reception about the activities that are being organised.

For a more detailed programme of the 14 July activities in various French cities, visit evous.fr. (This website is only available in French.)

Have you ever been in France on 14 July? Share your experience below!