Top 10 most photogenic places in Saxony

Great holiday photos help you cherish the memories of your holiday. And some places simply lend themselves to a great picture. If you are going on holiday in the popular region of Saxony in German, these are the locations where you should have your camera or smartphone at the ready. We introduce you to the Top 10 most photogenic locations in Saxony.

The Saxon capital of Dresden has one of Germany’s most photogenic skylines. The Frauenkirche, Dresden Castle and the Semperoper are the most impressive buildings on the banks of the Elbe. 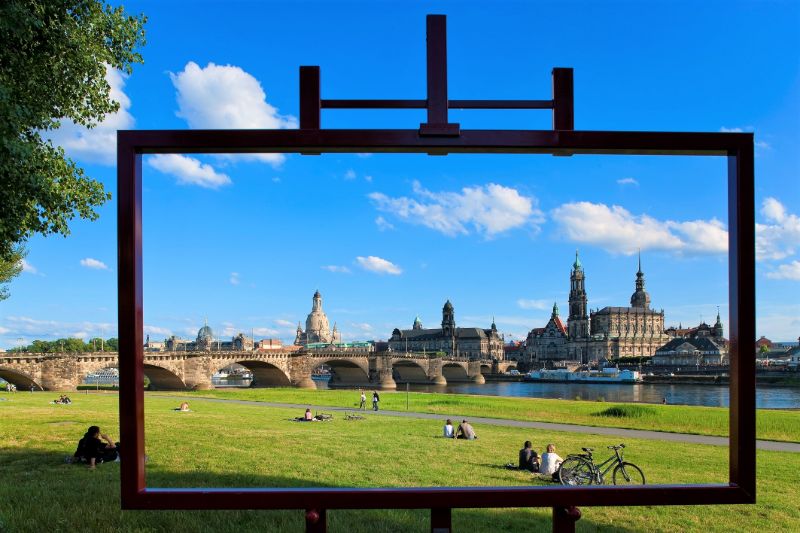 Rakotzbrücke is the bridge’s official name, but it is also known as Devil’s Bridge. You can see why this bridge is so good in photos. The water reflects the semi-circle formed by the bridge to become a perfect circle. The bridge was constructed in 1865 and can be found in the Azalea and Rhododendron Park Kromlau in the region of Upper Lusatia. 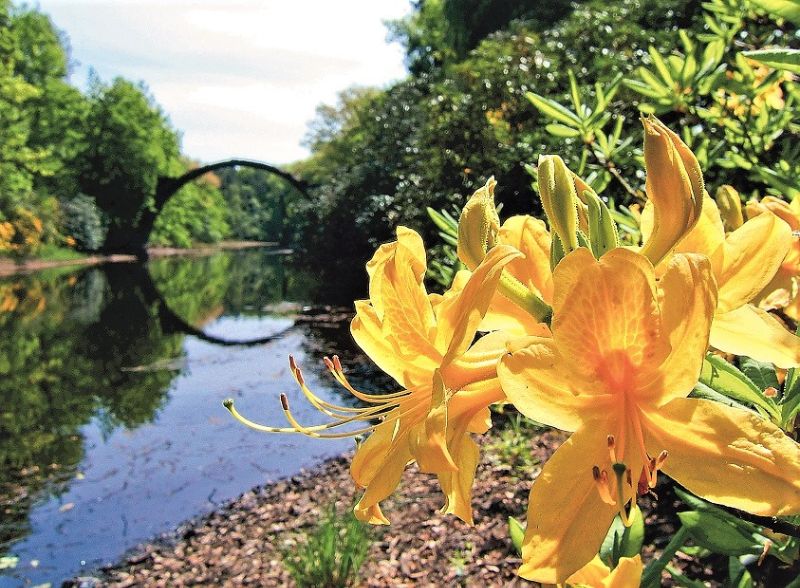 The water reflects the arch of the famous Devil’s Bridge forming a complete circle.

This genuine knight’s castle is situated on a high rock shelf between Mittweida and Leipzig. It towers above the impressive forest. That makes it this hilltop castle one of the 45 most beautiful castles of the State Palaces, Castles and Gardens of Saxony (Schlosserland Sachsen). 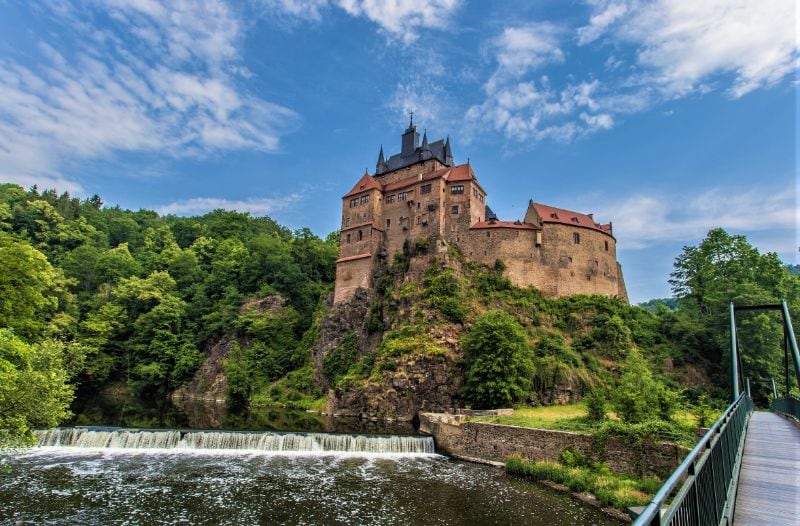 The Kriebstein Castle is a popular object to photograph. (photo: S. Rose) 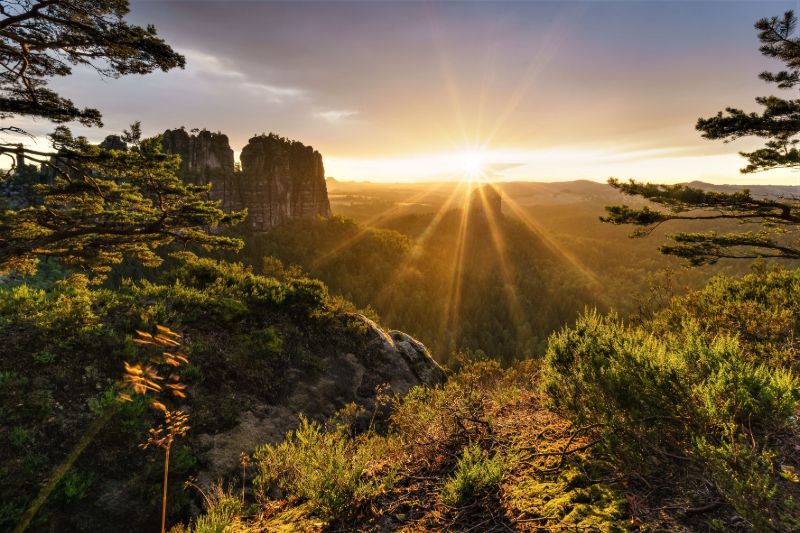 The spectacular rock formations of Saxon Switzerland (German: Sächsische Schweiz)  look fabulous in your holiday photos. You can admire these marlstone rock formations from several sides via the various paths, steps and passages. The park is an hour drive from Dresden.

This majestic hunting castle was built on a large island in the middle of the lake by the town of Moritzburg. This large castle is one of the most impressive Baroque constructions in Saxony. Moritzburg Castle is one of the castles in the State Palaces, Castles and Gardens of Saxony (Schlosserland Sachse). 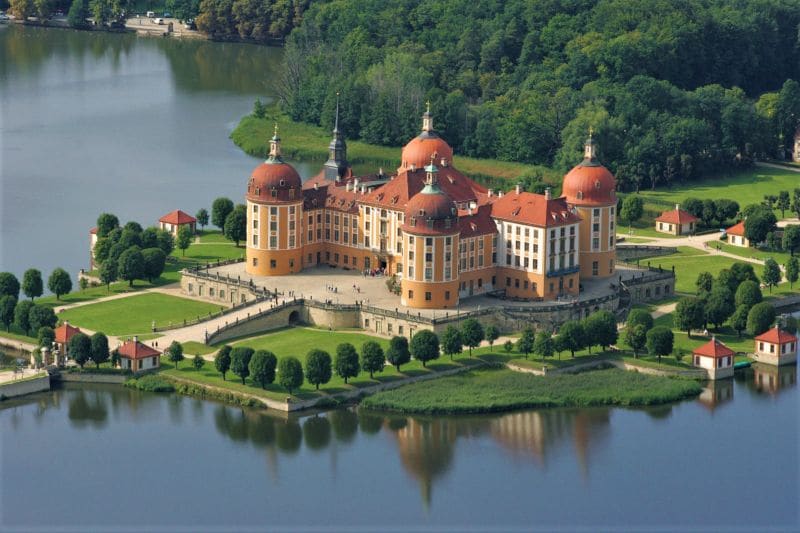 The Moritzburg Castle hunting castle is on an island in the Schlossteich (photo: Schlosserland Sachsen)

6. Göltzsch Viaduct: the largest brick-built bridge in the world

A bridge was needed over River Göltzsch for the railway between Leipzig and Nuerenburg. Engineer Schubert, who constructed the first German steam locomotive, created a brick design. When the bridge was finished in 1851, they had used no fewer than 26 million bricks! In the year 2022, the Göltzsch Viaduct is no longer the highest, but still the largest brick-built bridge in the world. 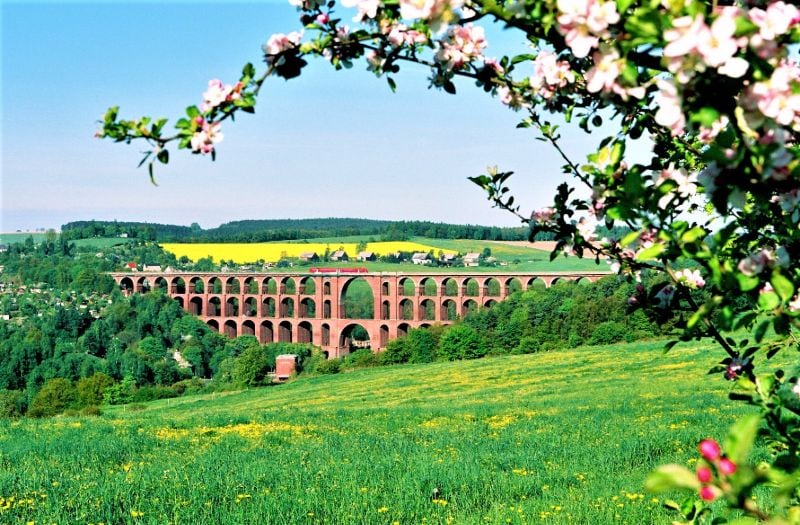 The Göltzsch Viaduct is the largest brick-built bridge in the world! (photo: TMGS)

7. Monument to the Battle of the Nations in Leipzig

The Battle of Waterloo was small compared to the Battle of the Nations in Leipzig. Here, Napoleon was defeated for the first time on the return journey to Russia. Almost 600,000 soldiers fought it out in 1813 and until the First World War, it was the largest battle in history. The enormous Monument to the Battle of the Nations (in German: ‘Völkerenschlachtdenkmal’) was erected in 1913 on the spot where Napoleon’s field tent stood. It houses an exhibition of the battle. The 91m-high visitors’ platform offers a stunning view over Leipzig and surrounding area. 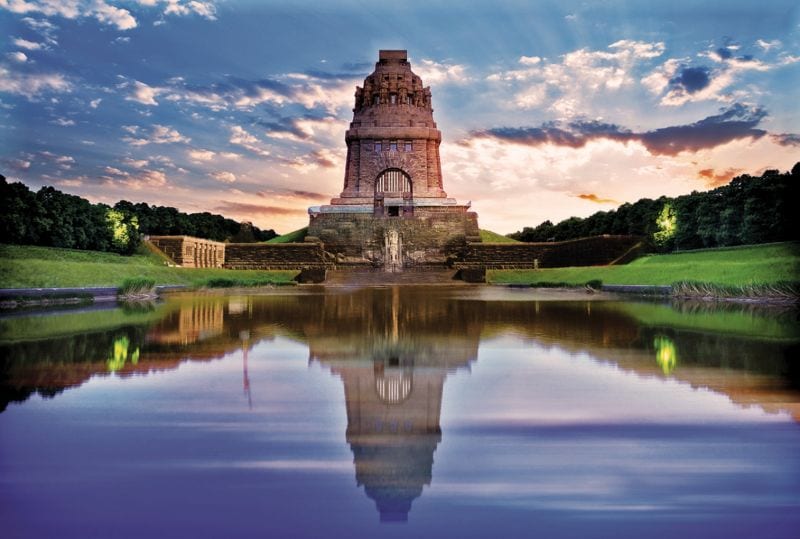 The impressive Monument to the Battle of the Nations in Leipzig (photo: Leipzig Travel)

Can a milk shop be a tourist attraction? It certainly can. You will not believe your eyes in Pfunds Dairy. When Dresden underwent rapid growth during the industrial revolution, it became increasingly difficult to supply all residents with fresh milk. In 1879, dairy farmer Paul Pfund came up with the idea of selling milk in the middle of Dresden. That which started as a small-scale shop grew into a veritable diary imperium. The beautiful headquarters was built in Dresden-Neustadt in 1891. Like a shop from a picture book, this building was elaborately decorated with tiles made by artists from Dresden. Since 1998, the ‘Pfunds Molkerei’ has been in the German Guinness Book of Records as the most beautiful dairy shop on earth. 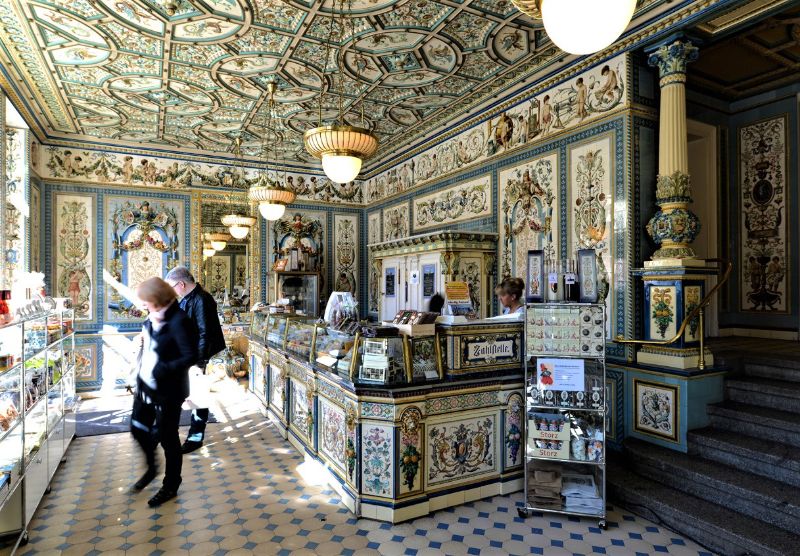 The most beautiful ‘dairy shop’ in the world: Pfunds Dairy in Dresden (photo: TMGS)

Much of the multiple Oscar winning film ‘The Grand Budapest Hotel’ was filmed in the Saxon Görlitz. With its 3,000 monumental buildings, the town of Görlitz on the River Neisse is one of the best preserved towns in Germany. As a result, Görlitz often features in TV and film productions. Hollywood producers also find their way to Görlitz and the town has even been nicknamed ‘Görliwood’. 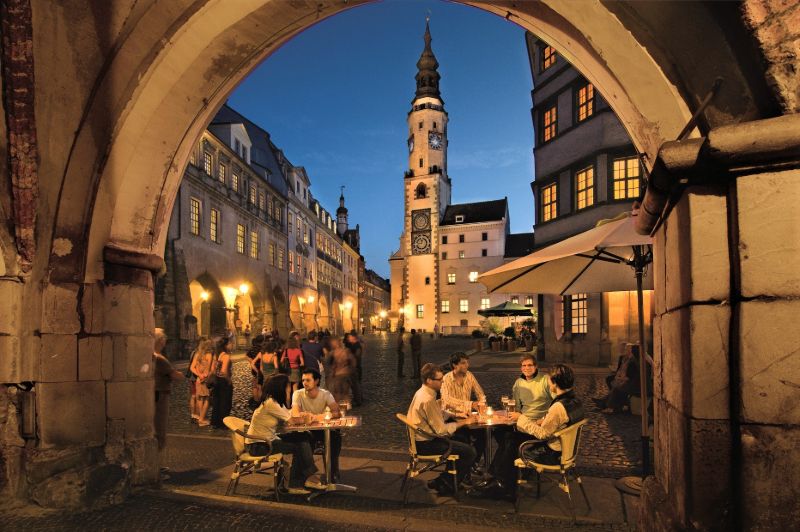 The charming town of Görlitz is the backdrop for many film productions (photo: Görlitz Tourismus)

The ruins of the Oybin Monastery are an imposing elevated construction. It is in an impressive location on the edge of steep cliffs. With its forests and rock formations, the stunning surroundings of Oybin are reminiscent of Saxon Switzerland. 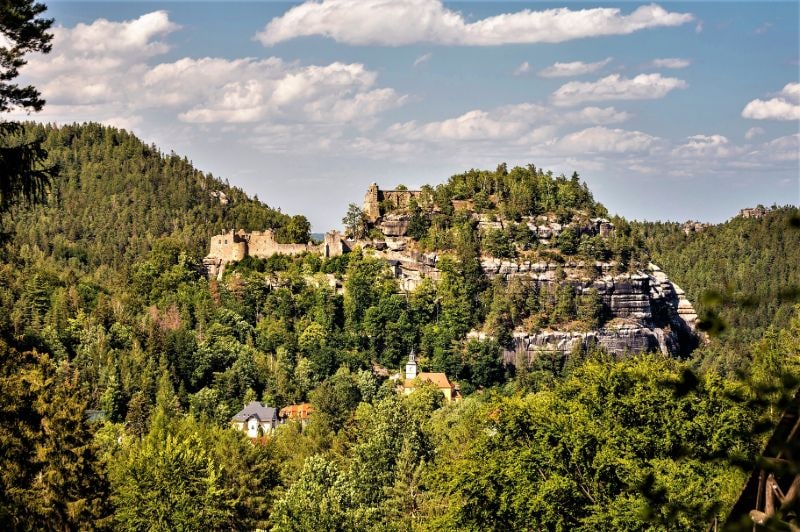 Oybin Monastery is located high up amid the rocks (photo: Thomas Glaubitz)

With alternating landscapes, a hospitable population, gorgeous countryside, lovely towns and friendly outdoor cafes, there are countless reasons to go on a camping holiday in Saxony. In part due to the pleasant climate with warm summers, Saxony is a wonderful holiday destination. Campsites in Saxony are good quality and form a great starting point for an active or relaxing holiday.

View all campsites in Saxony here. You can find more information about the most beautiful sights in Saxony in this blog.
This blog was created in collaboration with Saksen info.