Cycling is fun, sportive and healthy, so it’s the perfect holiday activity! But when it comes to cycling, where are the places to be? The Cycle Route of the Year 2020 is in the French Ardèche. Of all the lovely new cycle routes that have been opened elsewhere in Europe, we will show you the top 9 cycle routes.

1. La Dolce Via, cycling with views of the French Ardèche

The landscape in the Ardèche in the south of France is rugged, but no strenuous climbing is required on La Dolce Via. The Via winds along a former railway line on a sort of extensive balcony above a deep valley. You can enjoy wonderful views along the way. The start is spectacular; you can actually take your bike with you in a museum steam train. This way you can easily reach the starting point that is situated on almost the highest point of the 120 kilometre long route.

Find a campsite in the Ardèche. 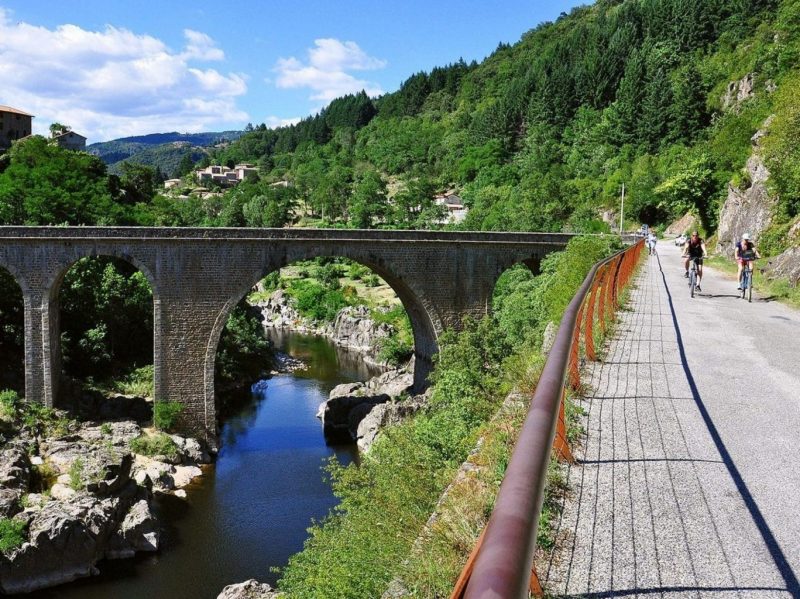 La Dolce Via in France

There are benches and picnic tables along the route which invite you to take a break. There are even special bike racks where you can leave your bike safely while exploring the surroundings on foot. And did we mention that almost the entire route is car-free? Everything has been done to make the cyclist feel at home. No wonder that La Dolce Via was nominated as the Cycle Route of the Year 2020.

The Green Velo treats you to the beauty that Eastern Poland has to offer. Distinctive orange signs mark out the cycle route through the provinces of Lubelskie, Podkarpackie, Podlaskie, Świętokrzyskie and Warmińsko-Mazurskie. There are cycle service points every 10 to 15 kilometres which comprise a wooden cabin with bike racks, tables and route maps. Even more services – including bike storage and repair material – can be found at hotels, restaurants and petrol stations along the route. With a total length of no less than 2000 kilometres, the Green Velo is Poland’s longest cycle route.

Find a campsite in Poland. 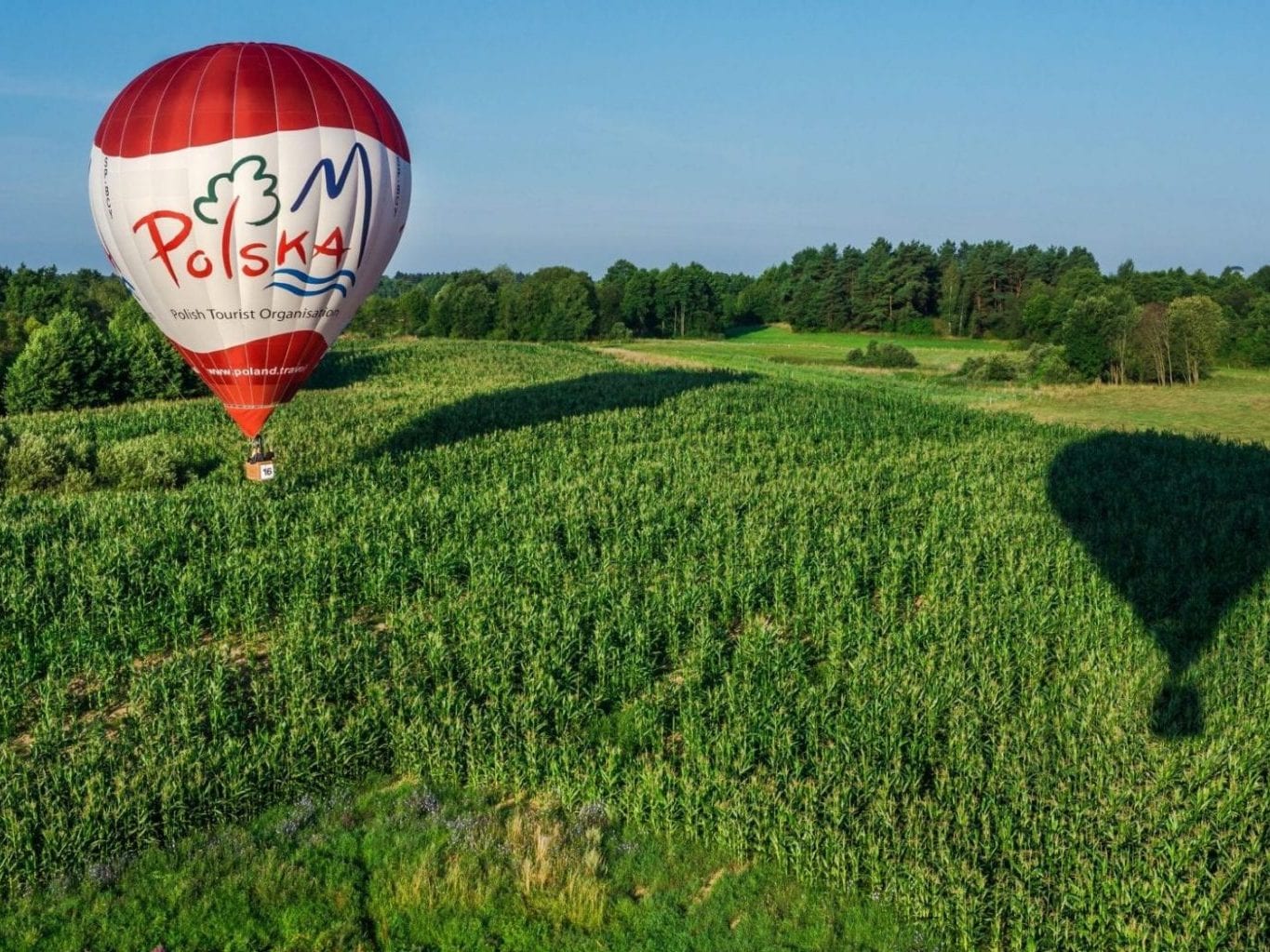 The Green Velo in eastern Poland

In addition to the Dolce Via, the French region of Auvergne-Rhône-Alpes has extensive cycling opportunities on offer. Sports cyclists can ascend the mythical ‘cols’ of the Tour de France, while recreational cyclists van take the ViaRhona. Anyone seeking a challenge can cycle along the Grande Traversée du Massif Central: 1400 kilometres by mountainbike from Morvan in Burgundy to the Mediterranean Sea! This route is fully signposted. 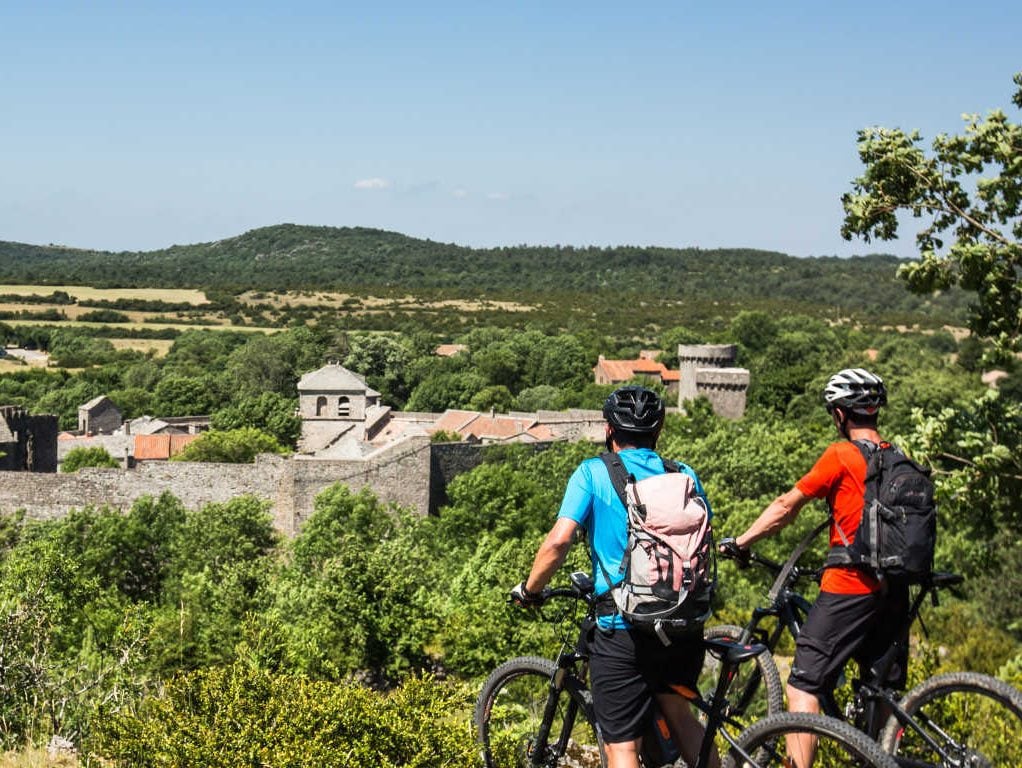 The Pilgrims Route ´Véloroute des Pèlerins´ (EuroVelo 3) traverses seven countries; Norway, Sweden, Denmark, Germany, Belgium, France and Spain. More than twenty UNESCO sites are located along the 5100 kilometre route. The 200 kilometre section that passes through Wallonia in Belgium winds its way beside two well-known rivers, the Samber and the Maas (Meuse). You can cycle along old railway tracks and hunting paths from the ‘Three Countries Point’ near Vaals to the French border on the Samber. Your ride will take you through beautiful countryside and attractive towns and villages. The Blégny Mine, a coal mine between Liége and Maastricht is unique, as are sections of cycle path among the ‘rust’ of Charleroi’s industrial heritage.

Find a campsite in Belgium.

The new Obstland Radroute passes through Saxony Obstland . This ‘fruit cycle route’ passes by orchards and villages and is divided into three sections with an average length of 25 kilometres. You can visit fruit growers on your way and enjoy their fresh fruit. The halfway point is the village of Börtewitz, between Leipzig and Dresden. The Obstland Radroute connects to the 120 kilometre long Mulderadweg from the village of Leisnig. This cycle route goes past rivers and castles, including the famous Colditz Castle.

Find a campsite in Saxony. 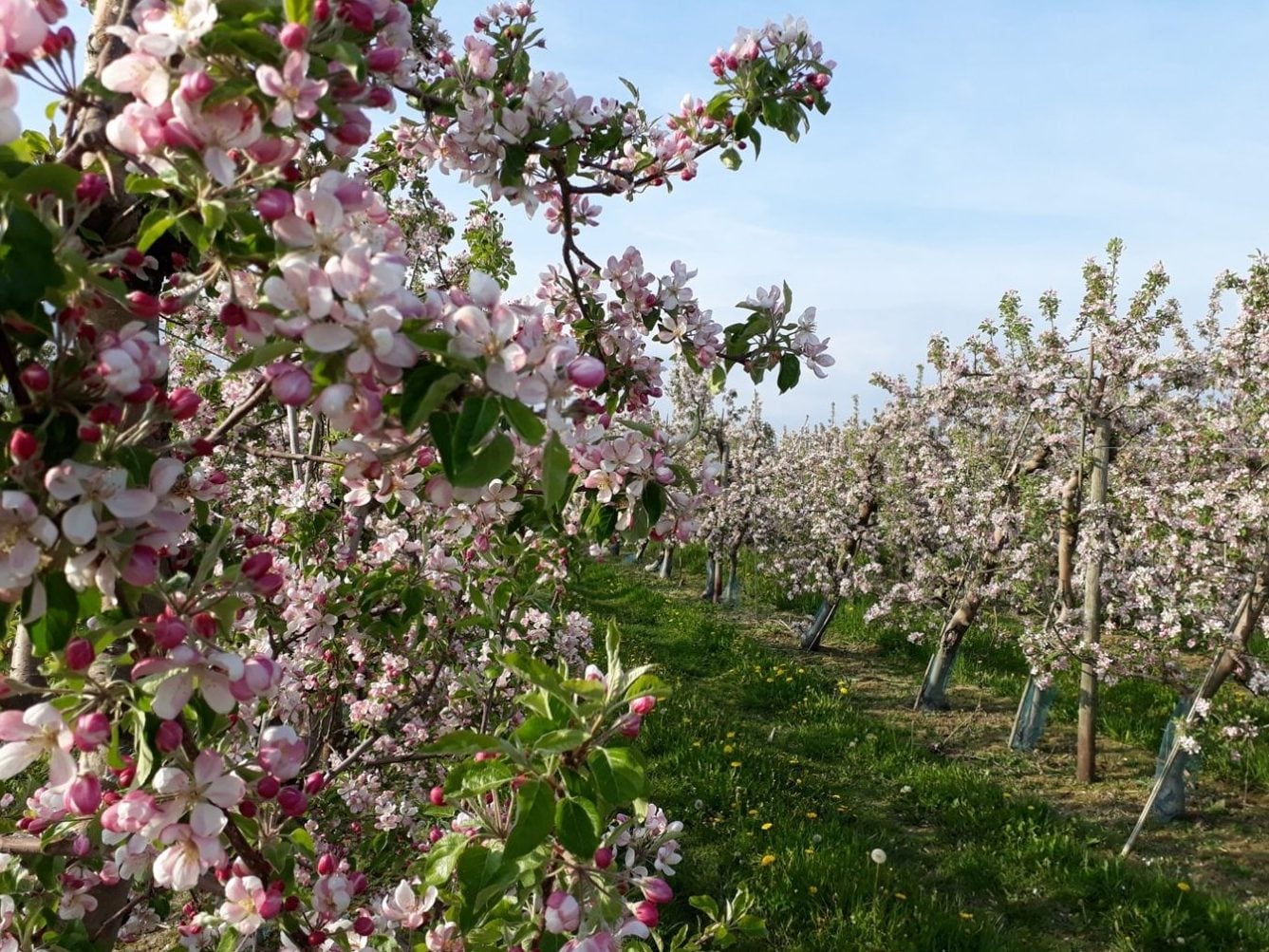 A new cycle route was opened in Sweden in 2020, after the Kattegattleden was nominated the ‘Cycle Route of the Year’ in 2017. This time it follows the south coast, sometimes known as the Swedish Rivièra. Wonderful cycle paths take you along beaches and through forests, with some delightful wooden houses and harbours along the way. The Sydkustleden is 260 kilometres in length and connects with the Kattegattleden and Sydostleden cycle routes.

Find a campsite in Sweden. 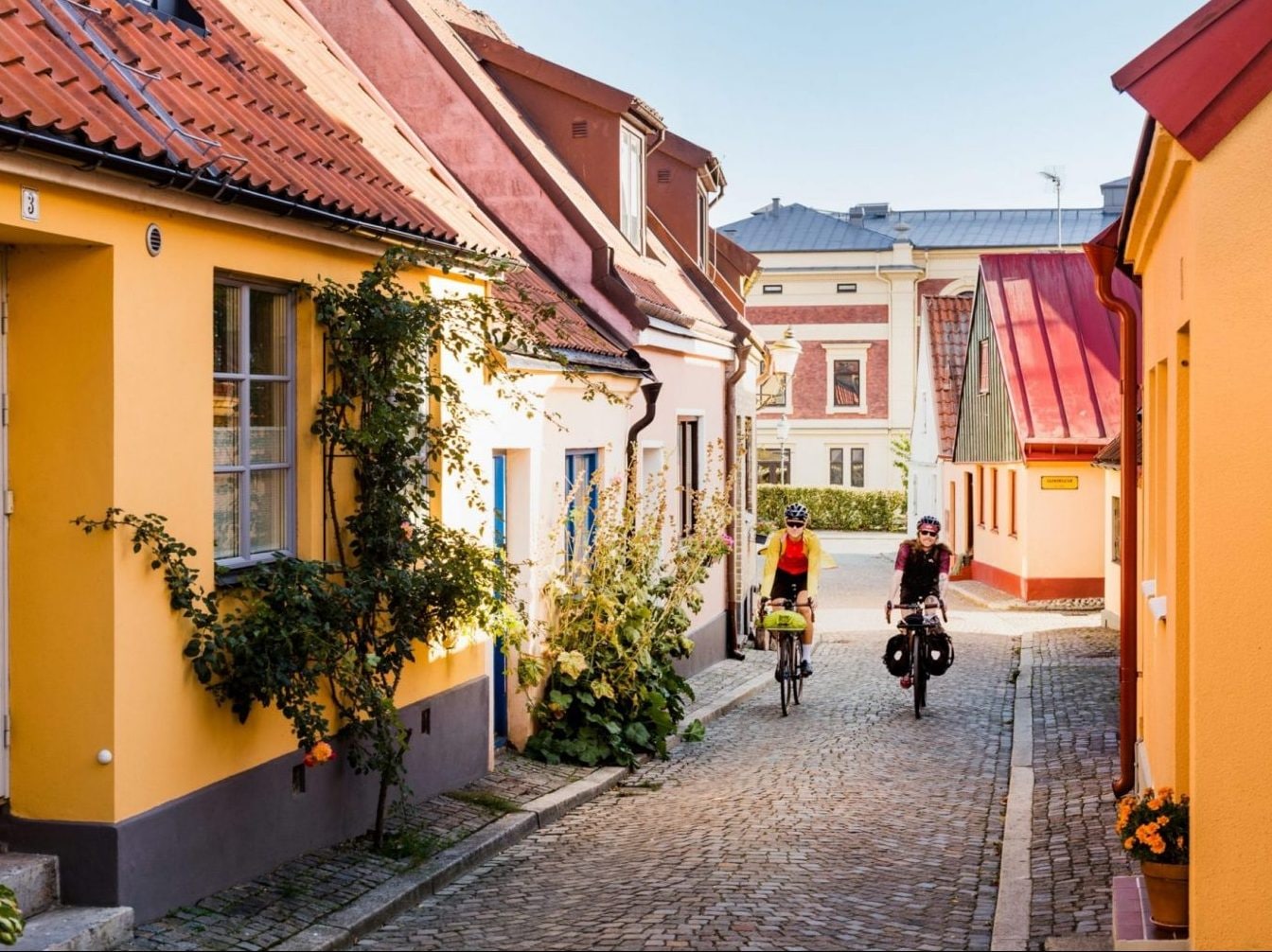 7. Bike & Hike, walking and cycling in the Austrian Murtal Valley

The Murtal can be discovered easily using the same system of cycle route intersections that can be found in Belgium and the Netherlands. You can map out your own route simply by following the numbers and the intersections. In addition to cycling, there is some wonderful hiking in this region of Styria. Bike & Hike is the new concept where can leave your bike and continue on foot to places such as Eppenstein Castle or the Ingeringsee Lake. You will find all the highlights of this region on their website and use them to plan your Bike & Hike route.

Find a campsite in Austria. 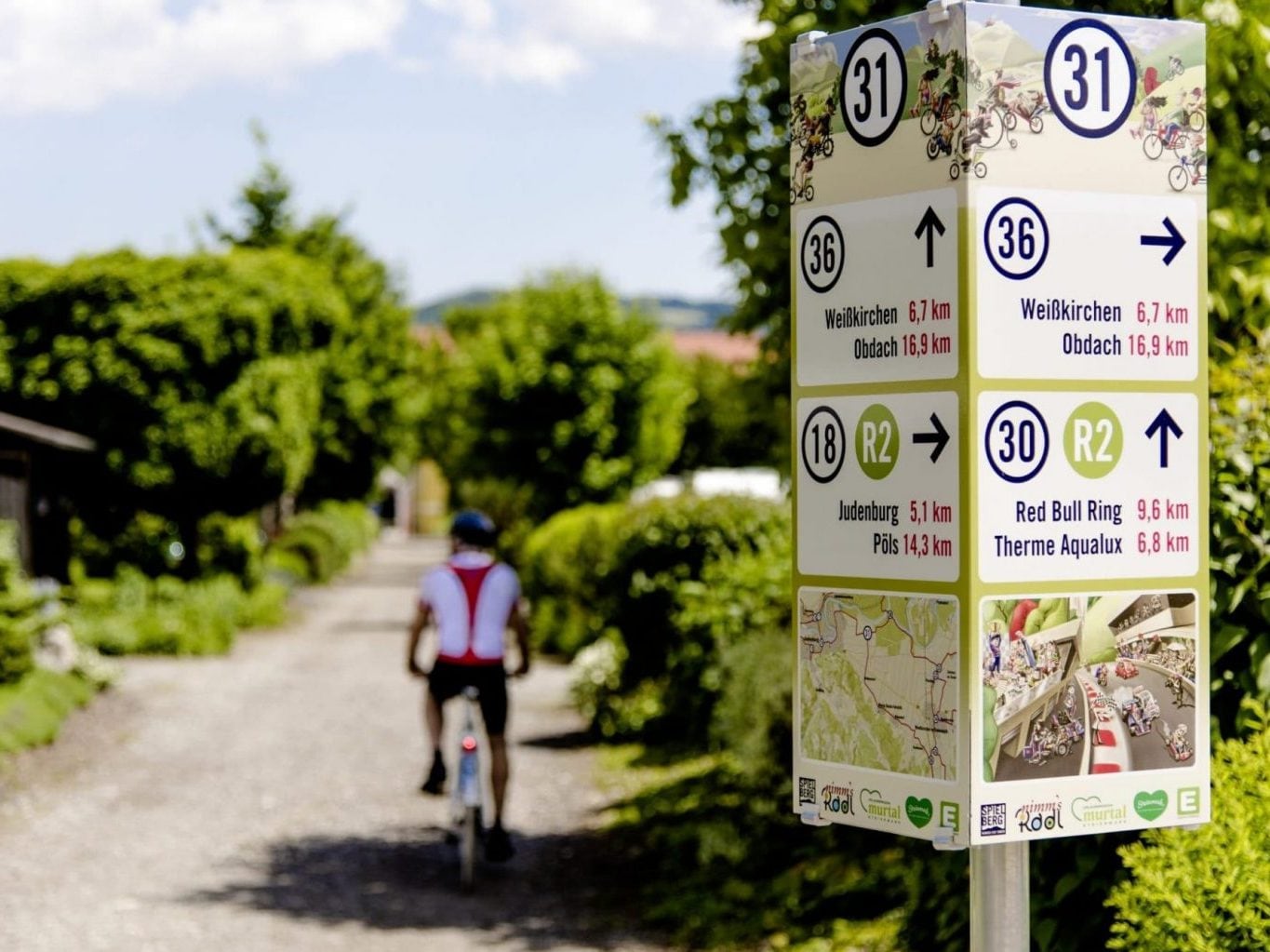 The Murtal valley in Austria

The Loire has a younger brother: the Loir. This intimate little river flows past vineyards, chateaux and old towns such as Vendôme. You can combine this 320 kilometre long route with other cycle routes, such as the big brothers of the Loire, the Véloscénie and the Vélo Francette.

Find a campsite in the Loire Valley

9. Cycle through the trees in Belgium

The Belgian Limburg cycle route network has literally gone up in the world. After ‘Cycling through Water’ you can now ‘Cycle through the Trees’ where you can cycle through the treetops at a height of ten metres! This is the second in a series of new cycling experiences spread across the province in which cyclists can experience the beautiful Limburg countryside in a unique way. The new cycle path is part of the cycle route network and is located close to intersection 272 on the Pijnven, in Bosland, Hechtel-Eksel.

Find a campsite in Belgium. 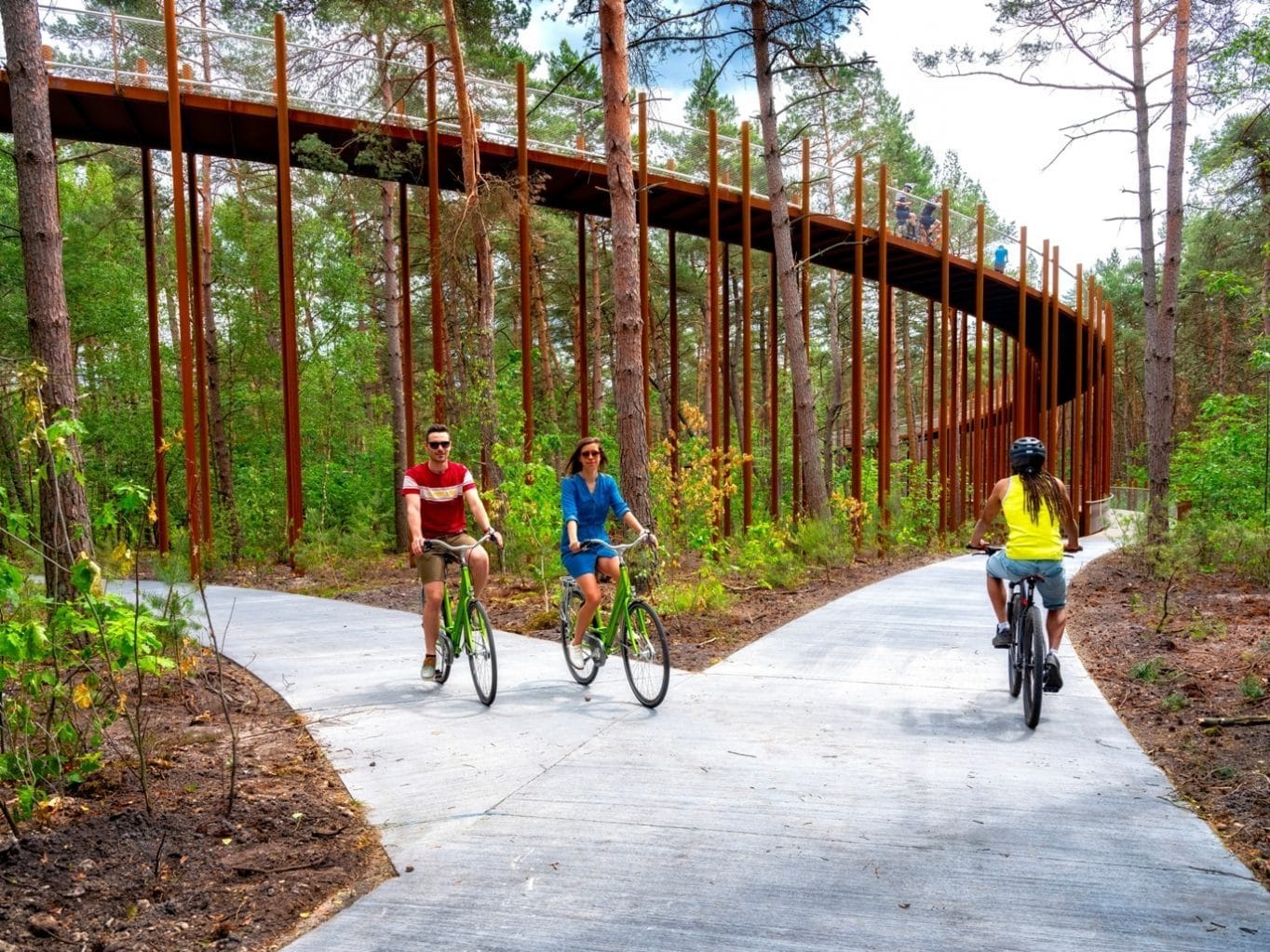 Cycling through the trees in Belgium

Renting a bike on the campsite?

You can take your own bike on holiday, but renting a bike at the campsite is a great option. You can easily find a campsite where bikes, e-bikes or mountain bikes can be rented on Eurocampings.eu.