No, I didn’t go on holiday to America, Iceland or some other faraway destination. In fact, you can see volcanos just over the channel. They are as close as France, in the Auvergne region to be precise. That France is a very popular country among many European campers doesn’t make it any less fun and exciting. I bet you will also be pleasantly surprised when you see the splendour you encounter there and on route. I would like to share my tips with you and let you know where you can find the best campsites.

It was pouring with rain when we drove off in our motorhome towards the Ardennes. First, a quick cup of coffee at friends’, just after Liége, where some other friends of ours also happened to be staying with their camper van. It got us right into that camping feeling. After driving on for about four hours through the beautiful Champagne region, the sun started shining in earnest and we decided we had driven enough for the first day. 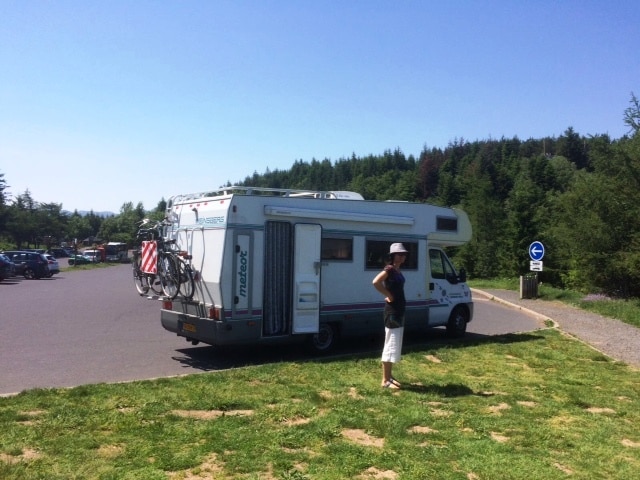 On the first night, we parked in Châlons-en-Champagne. It was a very suitable stopover campsite and all we saw were Dutch number plates that were all going south. Just like us they had the CampingCard ACSI on them for a great discount.; it was low season after all. On Saturday morning, there was a large market in the lovely centre of Châlons-en-Champagne, that is only a fifteen minute cycle ride from Camping de Châlons-en-Champagne. You could buy fresh fruit in the market hall, the spot where the locals do their weekly rounds. After stopping at a pavement café, we got back to our motorhome a little later than planned, but the young guy at reception didn’t mind that we left a bit later than the standard departure time of noon. 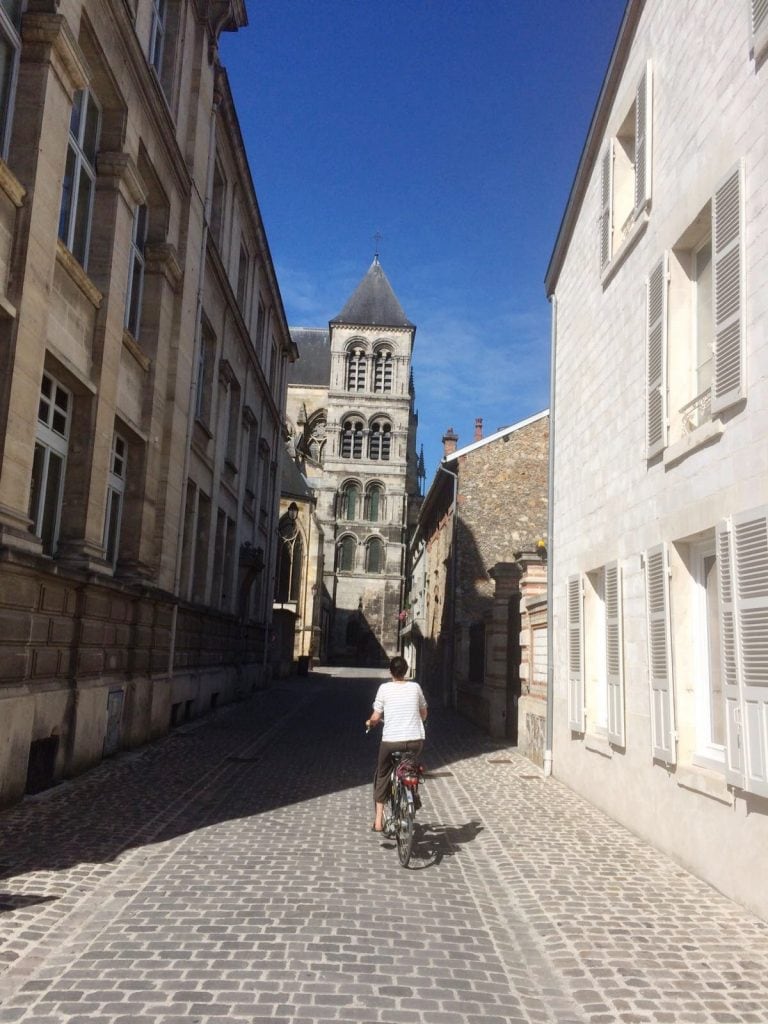 Time to clock up some mileage, give or take 300. Our aim is to reach the north of the Auvergne. By the time it had really started warming up, and we had started to ask ourselves: ‘stop or keep driving?’, a young lad came up to us at a tollgate. Speaking English with an amusing French accent, he asked if he and his friends could get a lift with us. They were taking part in a competition to see who could be the first to hitchhike to an agreed destination. Of course, we wanted to help them! It’s always a nice way to meet new people, after all. We almost drove past the exit where they needed to get out because we were busy chatting away. We arrived at the campsite a bit later than planned. Camping Les Suchères is on the edge of the Auvergne, at the border of the departments of Allier and Puy de Dôme, and once there we, had already forgotten the busy day of travelling behind us. It was not long before we were sitting in front of our motorhome with a glass of wine. We were in agreement about the countryside: it was starting to get very beautiful here. 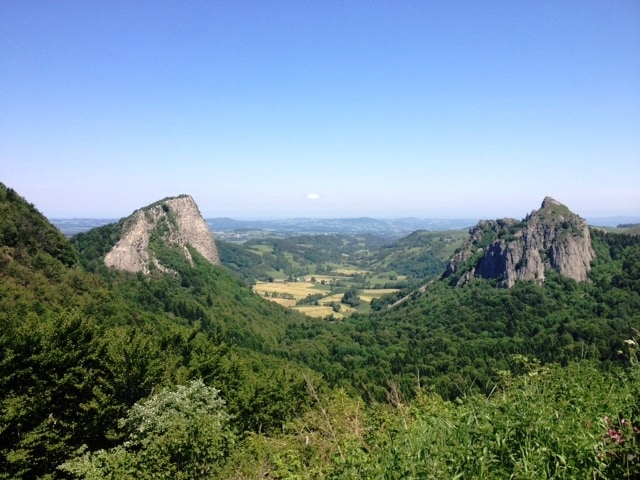 Walking on the highest point of the Auvergne: Puy-de-Dôme

The highest point of the Auvergne is at 1465 metres by the youngest volcano in the region, the Puy de Dôme. It is an impressive spot where the crater-shaped summit sticks out above everything. You can visit the top, there is even a cog railway that drops you off there within 15 minutes: the Panoramique des Dômes. It leaves several times an hour in the high season and gives you an amazing view over 80 other green volcanos in the region. It is also a great trip to take with children. You can even see the wonderful city of Clermont-Ferrand from there. It is not at all surprising that the volcanic landscape of the Auvergne has been nominated for the UNESCO World Heritage List. The only thing was that when we arrived at the large carpark, the summit was hidden by thick mist. The nice man at the cash desk strongly advised us not to go to the top. On his webcam at the summit all he could see was a grey screen with drops of water. There would not be much of a view to enjoy. Shame. Fortunately, he did recommend a great hiking route that started at the carpark and it was almost just a beautiful as the promised view from Puy-de-Dôme. 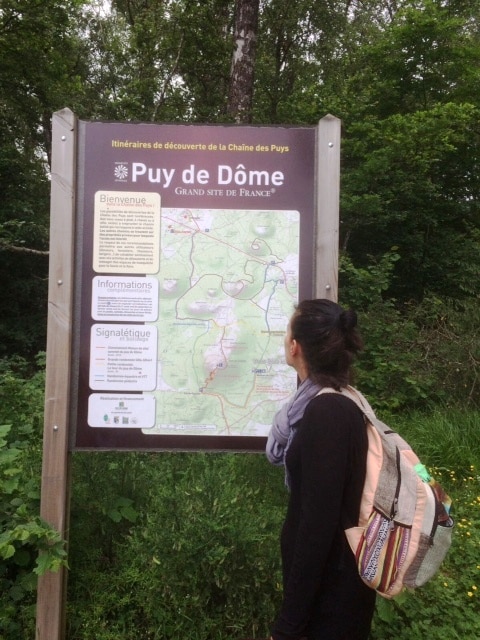 You will soon be able to read part two of our trip through the Auvergne and about the stops we also made in the beautiful Ardeche, Troyes and in the Ardennes on our way back home. If you have been to this lovely region, you can share your tips with other campers here!

If you would like to stay informed about handy and fun camping news, then sign up for the Eurocampings newsletter.