Home » Activities & Events » The 5 most beautiful kayak routes in Europe »

The 5 most beautiful kayak routes in Europe

Did you know there’s an International Kayaking Day? Well… neither did I, until recently.  And June 26 was that memorable day. It inspired me to put together a list of some of the most beautiful kayak routes in Europe, and this is the result: five accessible kayak routes through beautiful areas.

Kayaking in the Ardennes with the whole family

I’ll start off with my favourite river for a kayak trip, the Ourthe in the Belgian Ardennes. Several years ago, I worked at a campsite in the Ardennes, Petite Suisse, and I followed this route down the Ourthe seven times. I never got bored!

A kayak trip on the Ourthe is also ideal for children. Push off from La Roche-en-Ardenne and follow the small rapids through the woody Ardennes. Try to spot a kingfisher during the trip! But there are many other beautiful kayak trails in Belgium, such as the Semois (Bouillon to Pouehan) and Lesse (Houyet to Anseremme).

Sailing among the French castles

There are so many places in France where you can go kayaking and canoeing, like the valley of the Lot or in Pont du Gard in the Languedoc-Roussillon region. But I would like to surprise you with a trip to a more original spot on the Dordogne, departing from Les Pendoilles and ending at Port d’Envaux.

Take your time on this route 14-kilometre route, because there are so many beautiful things to see. You’ll be sailing right next to, among other sites, the castle of Castelnaud, the castle of Beynac, and the beautiful city of la Roque-Gageac. You could certainly classify this as a romantic kayak trip, so take that special someone along with you.

Enjoy the countryside of Brabant

Let’s not forget that you can also go kayaking in the Netherlands! You can cruise through the maze of river basins and sail in the Biesbosch, or how about a trip through the Weerribben-Wieden in Overijssel? But my favourite is still the winding river, Dommel in North Brabant, where you can easily carve out a relaxing route along green meadows full of curious cows. There are also several places to tie off for a nice picnic. If you push off in Borkel, you can paddle to Valkenswaard in about two hours. 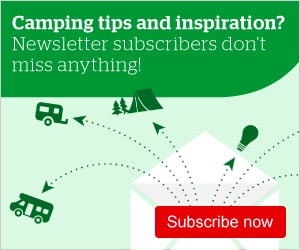 The most beautiful river in Central Europe

When you’re on holiday in the Czech Republic you can’t go home before you’ve taken a kayak trip on the Moldau, or Vltava in Czech. That river meanders through the wooded area of South Bohemia. Be on the lookout for wild boar and deer as you paddle along historic cities. The 10-kilometre route from Vyšší Brod to Rožmberk Castle is a must for everyone. And once you’re there, don’t forget to pay a visit to the castle to round off you day out. The Moldau is one of the most beautiful rivers in Central Europe, so keep in mind that it can be quite busy on the water in high season.

Brave the waterfalls in Dalmatia

Enjoying a nice Croatian beach holiday? Then rent a kayak on the beach and explore the special coastlines with many caves on the azure sea. Prefer a river kayak route? Then step into a kayak in Kaštela Žegarski.

Here you can follow a 15-kilometre kayak route down the Zrmanja River. You’ll be paddling against a beautiful backdrop on one of the clearest rivers in Europe. Kayak through a 200-meter-deep canyon and brave the waterfalls. We recommend you hire a guide for this route.

It’s always lovely to discover new places on your holiday. But seeing new sights from the water it makes them much more special, if I do say so myself! Have you been kayaking or canoeing on your holiday? And which river won over your heart?